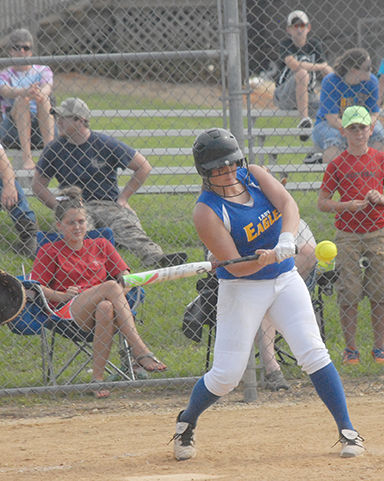 It was a tough couple of days for Ben’s Ford’s softball team.

On Monday, the team lost a home game to Amite School Center, 14-2, and then Tuesday, the Lady Eagles took to the road and suffered an 11-1 loss to Lamar Christian.

In Monday’s action, the Lady Rebels took a 14-0 lead through 3.5 innings before the Lady Eagles rallied for a pair of runs in the fourth inning.

Savanna Smith tripled and scored, while Calli Sprehe walked and tallied a run.

Alexis Temples and Hannah Bullock both singled and Madison Crawford was hit by a pitch.

In Tuesday’s play, Lamar jumped out to a 1-0 lead after one before the Lady Eagles evened things at 1-1 in the second.

Lamar responded by putting up eight runs in the second inning to take a 9-1 lead before adding two more in the fourth to reflect the final score of 11-1.

Chloe Barber led the Lady Eagles with two singles and a run.

Smith, Temples, Crawford and Lumkin all singled as Ben’s Ford recorded six hits in the loss.

Ben’s Ford has just one game remaining on its schedule.

The Lady Eagles close out the season with a road game Sept. 15 against Prentiss Christian.

The varsity game begins at 4 p.m., and the junior varsity contest follows.