Franklinton’s Brumfield heading back to his roots 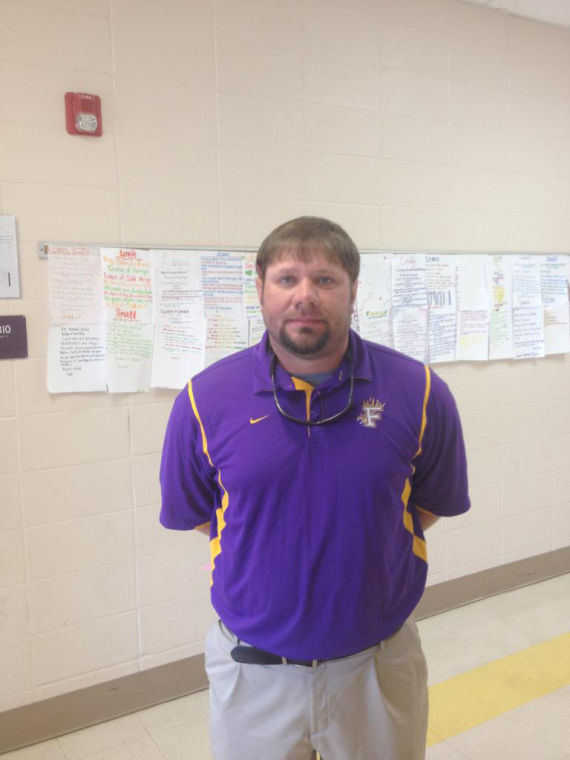 Franklinton High School’s Adam Brumfield is going home.
The tennis coach/assistant football coach is leaving Franklinton to be the offensive coordinator at Dexter High School in Tylertown, Miss.
Brumfield, who has been at Franklinton for the last 10 years, has coached every offensive position except quarterback.
Brumfield said he’s excited about going home, but was thankful to several people, including Franklinton High principal Lisa Tanner, football coach Shane Smith and players’ parents.
“I’ve got to thank Shane Smith for hiring me,” Brumfield said. “Coach Smith has an impeccable work ethic, a drive to win and succeed, and no one’s going to outwork him. He has a true passion for football. Also, I’d like to thank the parents for an opportunity to coach their kids. I hope they’ve learned a little more from me than how to play football or tennis and that they’ve learned some life lessons, which will help them contribute to society.”
Brumfield said he is leaving a very talented football team that is tough, physical and will win a lot of football games this season.
“There will be only one football team that I’ll pull for in the state of Louisiana and that’s Franklinton. A part of me will always be a Demon,” Brumfield said.
“I’m really excited to be back home. I’m excited to be in a small-town environment like Dexter and hopefully help build a successful program over there similar to what Shane has built here,” Brumfield added.
Besides being from Tylertown, Brumfield has other ties to the school. His family is from Dexter; his mother, Pam Brumfield, graduated from Dexter, and his grandfather, the late Robert James Magee, helped build the school and is buried at a cemetery across the street.
Adam said his father, Charles Brumfield, passed away two years ago and added he’s been looking to moving back home ever since to be with his family.
Brumfield had a lot of success at FHS. He was an assistant coach for the Demons over the last 10 years.
FHS made the playoffs every season except 2005. The team captured the state championship in 2010 and finished state runner up in 2009.
Brumfield was also the head boys and girls tennis coach when the program started six years ago.
His girls’ team went 21-2 (.913 winning percentage) over the last three seasons, and they captured all nine district matches, while taking home the last three district championships. Brumfield said the boys tennis team only graduated two seniors off this year’s team and will return the strongest team they’ve had so far.