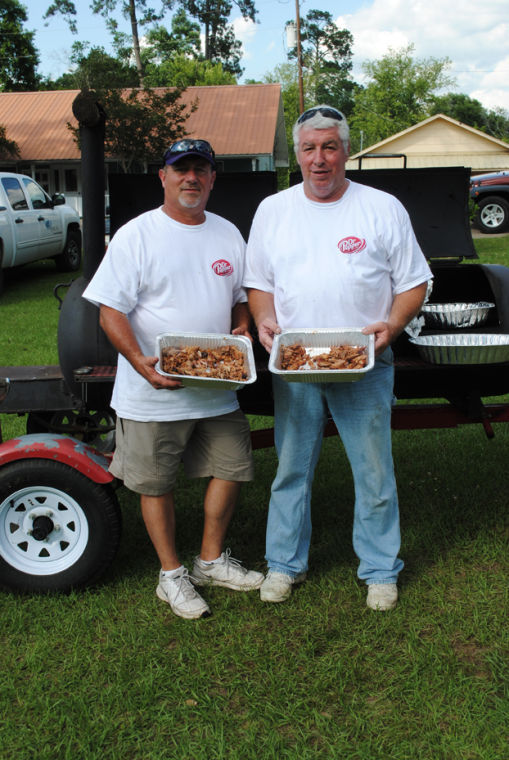 Franklinton High School’s track team held a successful fundraiser for its Track and Field Team Saturday with the at the Barbeque Pit Master Competition Washington Parish Fairgrounds.
The event featured three divisions, Pork Shoulder, Pork Ribs and Chicken. Four teams competed spectators had the opportunity to go through and sample the food for just $10.
The team of Vincent Chauvin and Troy Jones won the Pork Shoulder Division, while Jason Creel and Justin Brown, who are members of the Franklinton Police Department, captured the Ribs and Chicken Divisions.
Franklinton coach Blake Wilson said about 60 people came out to eat.
“It was a really good turnout. People definitely enjoyed themselves,” Wilson said.
When asked if they are looking to do this again, Wilson said, “without a doubt.”
“I’m thinking it’ll be twice as good next year now that the public came out and loved it,” Wilson said. “I had people tell me they want to help out to make it bigger than what it was. We’re planning on doing this every year. This is going to be our fundraiser.”
Franklinton High coaches Randall Ginn, Adam Brumfield and Jonathan Barber judged the competition.
Wilson said he is thankful to the following for their donations and help with organizing the event, including Chauvin, Double D Sausage, the Franklinton Police Department, Winn Dixie of Franklinton, Jack Brown’s Food Store, Sugar Shack, Chad Angelo, Alan McCain, Tony Jones, Henry Broom, the judges and everyone, who came out to support the event.