Lady Raiders out of playoffs 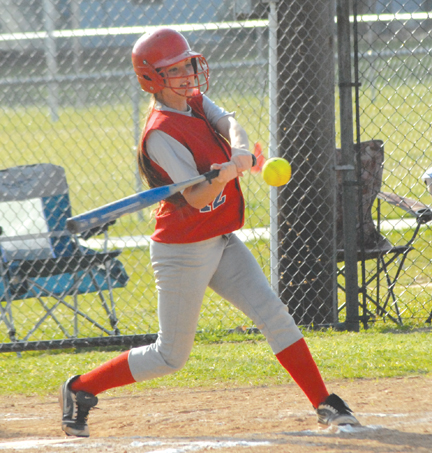 Pine’s season came to a close in the bi-district round of the Class 2A state softball playoffs Monday as the Lady Raiders fell to Holy Savior Menard 15-0 in three innings on the road.

The 30th-seeded Lady Raiders kept the game scoreless through the first inning against the third-seeded team. But Menard then scored 12 runs in the second inning, which included a grand slam, before ending the contest by adding three more in the third for the 15-0 win.

Macy Cobb had the Lady Raiders’ only hit, a single in the opening inning.

Pine coach Tammy Voth said it wasn’t the ending to the season she had hoped for, but said she is very proud of her team.

“We learned a lot, and we’ve improved,” Voth said. “As I said in the beginning, that was all I wanted was for them to keep improving, and they accomplished that. I just want to thank the girls for giving me a great first year.”

Voth said they will miss those three next year.

“Kayla was our four-hole hitter. She was our power, and she had some big hits for us,” Voth said. “Paris was the wheels of our team. She could usually pull out a single or double, and from there she would steal second or third. Hannah was our first baseman. That’s going to be a hard position to fill next year because she did a really good job.”