Mt. Hermon looking for a win at Crescent City 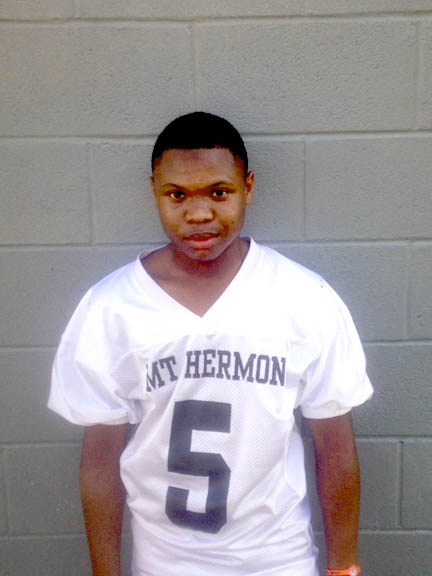 Things haven’t gone well for Mt. Hermon (0-2) at the outset of this season, but the Yellow Jackets are attempting to turn things around tonight as they battle Crescent City (1-1) at Muss Bertolino Stadium in Kenner. Kickoff is at 7.

Turnovers have been a problem over the first two weeks. The three lost fumbles in last week’s 36-32 loss to Ridgewood weren’t from guys putting it on the ground. They happened because of an errant pitch, a dropped pitch and an exchange on a handoff.

Mt. Hermon coach Henry Crawford said his team has been working to correct those mistakes.

“That’s just doing more pitch drills and more mesh drills with the quarterback and fullback,” Crawford said. “It wasn’t a ball security issue, it was just not looking the ball into our hands.”

Two of the bright spots have come from the running back and quarterback positions.

Freshman quarterback D.J. Elzey is 5 for 9 for 123 yards and three touchdowns in two games with most of that coming last week. In the opening game he was good on his only attempt for 30 yards.

“D.J. has improved his throwing ability tremendously,” Crawford said. “Over the past few weeks he’s come a long way. He’s made considerable strides in his ability to throw it down field. My philosophy is run for first downs and throw for touchdowns. When we throw, we’re looking to score. That’s something we didn’t have last year. We threw too many interceptions. D.J. throws it in a spot where either the receiver can catch it or it’s incomplete.”

Crawford said Crescent City’s offense likes to come out in the spread or pistol formations and run the ball.

“We didn’t stop the run well last week,” Crawford said. “We have to do a better job of open field tackling. Against Ridgewood, we didn’t tackle well in space. I think Crescent City’s skill positions are more athletic than Ridgewood.

“If we get in that situation, we can’t stand there flatfooted. We worked on that this week. Ridgewood didn’t maul us at the line. It was just open field tackling.”

Crawford said his team was not breaking down when they got to the ball carrier and over running the play.

“That happened on several occasions,” Crawford said. “He runs, stops and we go past him. We need to get there quickly, but we need to do it under control.”

He said his linebackers and secondary have been doing a lot of fundamental drills.

Most of that has gone to Isaiah Jones, who has eight receptions for 244 yards and three scores.

Crescent City assistant coach Will Young said the Pioneers offense is about a 60/40 run to pass ratio. Trevon Tatum leads the rushing with 21 attempts for 97 yards.

“We throw the ball, too,” Young said. “We’ve got some kids at receiver who can make plays, and we like to isolate them one-on-one.”