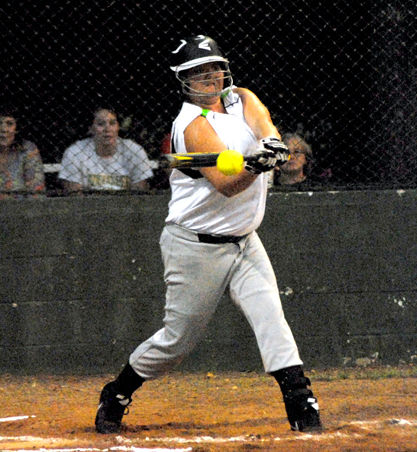 Fruge went the distance, allowing one earned run on six hits with three strikeouts and five walks. At the plate, Fruge singled and walked twice.

Nunez reached base all four times. She finished with three hits and two runs batted. She also reached on an error

The Lady Buccaneers went up 1-0 in the first. Leadoff hitter Hollie Waskom walked and advanced to second on a wild pitch. Rae Nunez then hit a grounder to shortstop, but the errant throw and subsequent deadball allowed Waskom to score and Nunez to take second.

Bowling Green added two more runs in the second. With one out, Fruge helped herself with a bloop single to right field. Courtesy runner Abby Temples went to second and third on a passed ball and a wild pitch respectively before scoring on a passed ball, following a third strike. McKinley Seal walked after Fruge’s single and moved up two bases to third on the passed ball that allowed Temples to score. Seal scored on a deadball from an errant pickoff throw to third. It was 3-0 after two.

Central Private began chipping away at the lead, scoring one each in the fourth-and-fifth.

Emily Danehower reached on an error. Alex Stuckey walked with one out. After the second out, Allison Flurry walked to load the bases with two outs. Lauren Bihm drove in a run with an infield single to make it 3-1. But Fruge got through the jam, as the next batter hit one back to Fruge, who threw to Nunez for the force at home to end the frame.

With the slim one-run lead, Bowling Green looked to add some insurance runs and the Lady Bucs did in a big way over the next two innings.

In the fifth, Nunez hit a ball down the left field line. Nunez hit third for the triple and continued to run and scored on an error to make it 4-2.

“I did what I could,” Nunez said. “It’s the first district game. We were all really pumped up. I was just excited.”

The Lady Bucs essentially put the game out of reach in the sixth by adding four more.

Fruge and Seal both walked. Bowling Green pulled off a successful double steal and then Waskom drove in courtesy runner Temples with an infield single to second and it was 5-2. After the first out, Nunez hit a two-run single to left, plating Seal and Waskom.

But the ball skipped passed the fielder, allowing Nunez to go second and then a throwing error back to the infield allowed Nunez to reach third. It was 7-2. Prisk plated the final run, sending Nunez home with an RBI single to center for the 8-2 lead.

Fruge cruised through the seventh, allowing just a two-out hit for the complete game win.