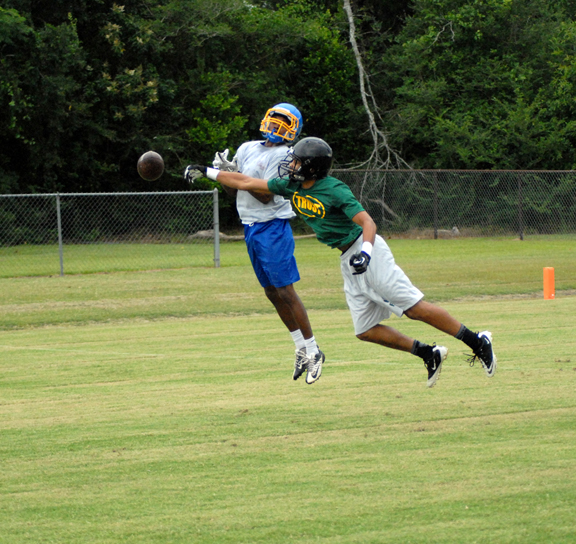 Moore said Elgin Austin ran the ball well and had a 10-yard touchdown run. Austin rolled his ankle and is probable for next week’s jamboree.

Moore said Alexander along with sophomore Brody Schilling are two young players, who did well for his team.

Patrick Roublow turn-ed in an impressive performance, intercepting two passes and returning one for a touchdown. His TD was on about a 90-yard return.

Moore said the defense ran to the ball well and played well up front on both sides of the ball.

Moore said lineman Spencer Graves played much better than he has in the past.

He said quarterback Connor McCain threw the ball well when he had time and added his signal caller did a nice job with some new things they are putting in.

He said one area they would like to see improvement in is the pass protection, but said it’s something they have not worked on that much.

Overall, Moore said the attitude and enthusiasm was great.

Bowling Green travels to Central Private Friday for the jamboree.

The Buccaneers square off against New Orleans Home School at 6 p.m. and then Silliman at 6:30.