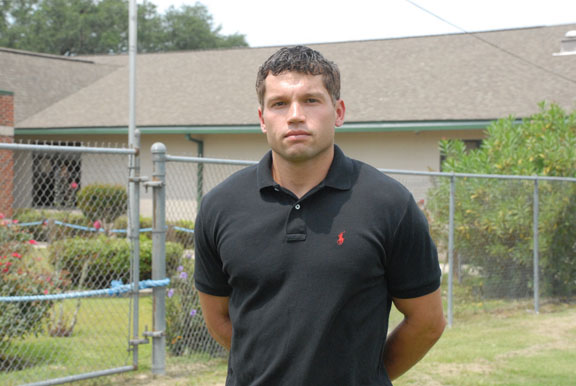 “I’m excited about it,” Oestriecher said. “From what I’ve been told, we have some good athletes and some good kids on the team. I’m just excited to get started.”

This is Oestriecher’s first head coaching and teaching opportunity. He spent the last three years at Haynes Academy, which is a Class 2A school located in Metairie. Oestriecher, who will teach physical education, was a certified non-faculty baseball, football coach and also helped with basketball at Haynes.

Oestriecher said he brings enthusiasm, energy and a lot of knowledge about the sport.

“I love the game,” Oestriecher said. “My whole life is based around sports. That’s all I’ve done since I was three years old. That’s all I’ve known to do and that’s why I’m excited for this opportunity.”

Oestriecher said he’s hoping it all starts on the defensive end for the Wildcats.

“If we can get some turnovers and easy baskets, I feel like that’s going to be our ticket, on the defensive end. That’s what I’m going to emphasize first and then hopefully the offense will come with it,” Oestriecher said.

“When you have a good defense, you have easy baskets on the other end, layups and things like that. When you’re pulling the ball of the rim the entire game, you’re going 5-on-5,” Oestriecher added.

“He went to La. Tech on a football scholarship,” Branch said. “He’s got a good athletic background. He’s got a good head on his shoulders. He’s been an assistant on basketball and will help in football. We’re excited to have him.”

He was a wide receiver and then began kicking his junior year. For basketball, he played point guard and was a shortstop in baseball.

After high school, Oestriecher attended Louisiana Tech where he continued his kicking career. He played there for five years. Oestriecher started his first three years, redshirted his senior due to an injury and then played the fifth season.

Oestriecher graduated from La. Tech in 2008 with a business administration degree.

Oestriecher takes over a program, which since 2003 when Meyerchick’s second stint began has made the playoffs every season except the 2005-06 year.