Seal wants Pine to take it one game at a time 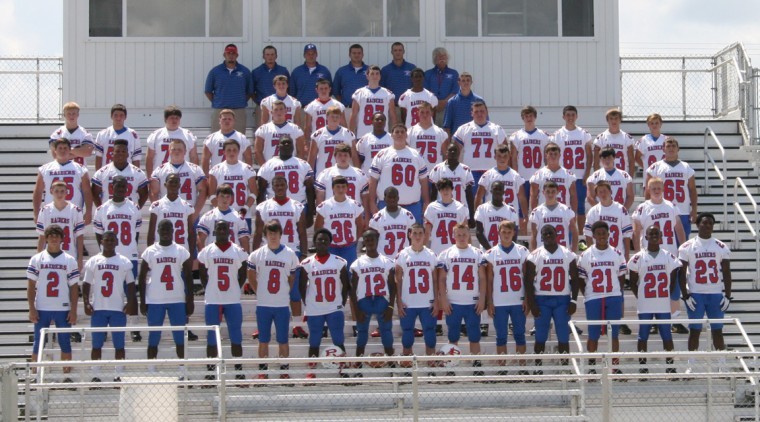 Pine High School has taken steps in the right direction the past couple of years and looks to continue to do so this season under first-year head coach Bradley Seal.

Seal, a past assistant at Bowling Green, Franklinton and Pine, takes over for the departed Chris Fussell who won five games in two seasons after the program went winless the year prior.

“It is a great opportunity,” Seal said. “I’ve gotten to see it from a different set of eyes and somebody that has been there and done that. The main thing I learned is the importance of planning and preparing each day according to time management.”

Pine is coming off a 2-8 season a year ago that saw the Raiders win their first district game in four years to finish 1-4 in District 8-2A play. The last time Pine advanced to the postseason was 2006 when the Raiders lost to state champion John Curtis in the first round.

“I think we have the pieces in place to make a run into the playoffs,” Seal said. “We just have to take it one game a time but the talent is here. It is just about going out and executing. Whether we win or lose, we have to show up every week with the right mindset.”

Pine returns 10 starters this season and while overall numbers may not present a problem, depth is a concern with at least four players starting on both sides of the ball. A strong senior class of 14 is seen as the strength of the squad.

“The people we put out on the field is not going to be the problem,” Seal said. “It is just that we may have to play too many people both ways. I think we have some guys that could end up filling some of those roles so we don’t have anyone playing every snap.

“This is a good group. They have been working hard and deserve to win. I couldn’t ask for anything more out of our seniors and they are one of the best classes I have ever been around. The one thing I wasn’t sure about coming in was their work ethic because of their lack of success in the past but they are doing all the right things.”

Pine is set to run the spread as its base offense following the utilization of it last year in a move from the veer option. Sophomore Derrick Dillon is quarterback after starting last season where he earned all-district at wide receiver and defensive back.

Senior Curtis Hart returns at strong safety and will start at wide receiver and senior center Eddie Gabler returns. Senior Adaryle Bickham will start at running back and has experience at linebacker.

Junior Devin Phillips and freshmen Brandon Jones round out the offensive line and juniors Keith Callihan and Spencer Brooks and sophomore Chris Brown provide depth on the defensive line. Senior Peyton Luper is tight end and sophomore Tory Robertson is another wide receiver.

“We have great depth on the defensive line and feel like we can put seven or eight guys out there and be fine,” Seal said.

The Raiders open District 8-2A by hosting Northlake Christian and regionalist St. Thomas Aquinas before traveling to playoff advancing Springfield on a Thursday. After hosting St. Helena Central, Pine closes out the regular season at regionalist Pope John Paul II.

“There is not a game on the schedule that we don’t think we can win,” Seal said. “I don’t want to put a number on wins. We just want to compete and get better everyday. At some point, something is going to go bad in every team’s season and how you deal with that adversity is a lot of times how the season turns out.”