Saints ready to get back on field after wild offseason 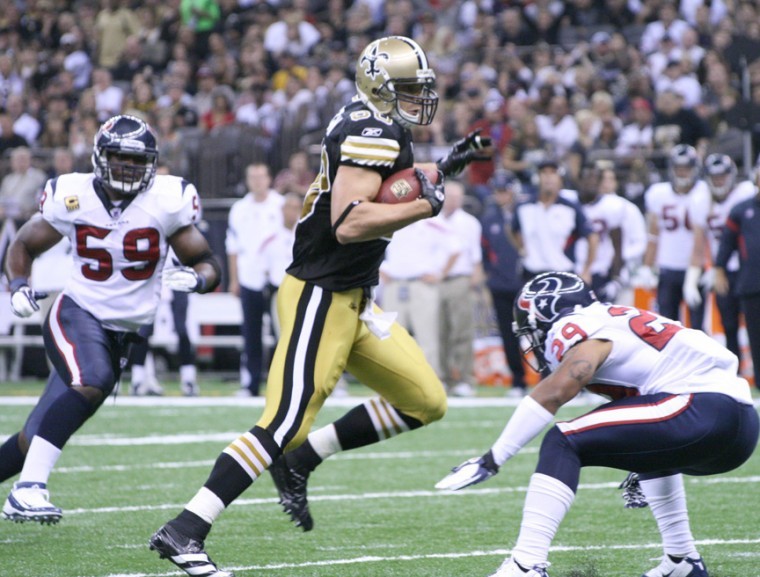 METAIRIE (AP) – After everything that’s happened to the New Orleans Saints over the spring and summer, it would have been easy for coaches and players to take an ‘it’s-us-against-the-world’ attitude.

First, NFL Commissioner Roger Goodell said in March that members of the Saints defense ran a bounty program in which cash rewards were handed out for intentionally trying to injure opposing players.

A little more than a month later, an ESPN report accused Loomis of illegally listening in on opposing coaches from his booth in the Mercedes-Benz Superdome between 2002 and 2004.

After that, you didn’t have to ask the Saints if they were ready for some football.

Still, it doesn’t necessarily mean they need extra motivation to get the job done after a distraction-filled offseason, Vitt said.

“I think this ‘us-against-the-world-mentality’ is out the door … I really do,” he said. “I don’t know how long those things last. We could certainly play that up, but when the ball is kicked off and the players walk inside the white lines, you’re talking about technique, alignment and assignment.”

That’s what the Saints would be focused on if Payton were around, Vitt said. It’s the same formula that has helped them win 41 games, including a Super Bowl title, over the past three seasons.

“(It’s) our ability to prepare on a daily basis and a weekly basis,” he said of what’s important. “Let’s take it one game at a time, and add these things up at the end of the year and see where we are. It’s what we have always done here.”

Quarterback Drew Brees said the Saints aren’t going into the season worried about what they’re facing, especially without Payton, even though it might appear to some that they’re behind the 8-ball.

The Saints would rather deal with more tangible motivation: the chance to become the first team in NFL history to play the Super Bowl in its home stadium on Feb. 3.

So when the Saints reported for training camp last month, they knew they had a lot of work to do to take the next step to returning to the NFL’s title game after winning it all in 2009.

“All we can do is evaluate and be realistic about where we are right now,” said Vitt, who’ll miss the first six games of the regular season when his suspension kicks in. “Everyone knows the goal.”

Without question, the biggest challenge lies in trying to make a deep run into the playoffs without Payton.

As one of the league’s more imaginative and creative coaches on the offensive side of the ball, Payton has helped the Saints shatter records for total yards and points since he took over in 2006.

While they trust offensive coordinator Pete Carmichael Jr., who will call the plays for Payton, the Saints know they’re going to have to be even better than they were when they piled up an NFL-record 7,474 total yards last season.

Brees, who earned NFL Offensive Player of the Year honors after throwing for a single-season league mark of 5,476 yards, said the Saints have to take it to another level this season.

“That’s something we need to do in the absence of coach Payton because we can’t rely on him for certain things,” he said. “His message was don’t try to do too much, just do your job.

“We want to continue to progress. Just because coach Payton is not here doesn’t mean we remain stagnant. I’m sure we’ll be in the crosshairs of a lot of people, but we have to remain the hunter.”

They have a chance to do that as the record-breaking offense remains virtually intact from 2011 with one big exception as All-Pro left guard Carl Nicks left in free agency.

Even though they led the league in passing, the Saints finished sixth in rushing with a backfield-by-committee approach as Pierre Thomas, Darren Sproles, Mark Ingram and Chris Ivory combined for more than 2,000 yards.

Defensively, the Saints will have a fresh look.

Spagnuolo’s defense relies more on getting pressure from the front four, which allows him to drop extra defenders into coverage.

The Saints made big moves to shore up their defense against the run and the pass in free agency, bringing in defensive tackle Brodrick Bunkley and playmaking linebackers Curtis Lofton and David Hawthorne.

Bunkley is expected to join tackle Sedrick Ellis, Smith and fellow end Cameron Jordan in trying to do a better job against the run after the Saints allowed 5.0 yards per rush last season.

Lofton and Hawthorne, both established starters in the league, should help with the run and pass, along with incumbent Scott Shanle.

In the secondary, third-year pro Patrick Robinson joins Jabari in the starting lineup at cornerback after Tracy Porter left in free agency, while Malcolm Jenkins and Roman Harper return as the safeties.

“When you put the scheme in, you’re still deciding along the way what they can and can’t do,” Spagnuolo said early in training camp. “I don’t have all the answers yet, but one thing I do know and feel comfortable about is the package that we are putting in has proven to have been successful at a lot of different places – and our guys are buying into that.”

The Saints special teams are in good hands with punter Thomas Morestead among the best in the NFL in addition to leading the league in touchbacks on kickoffs a year ago.

Garrett Hartley, who was injured a year ago, and veteran John Kasay are competing for the kicking job.