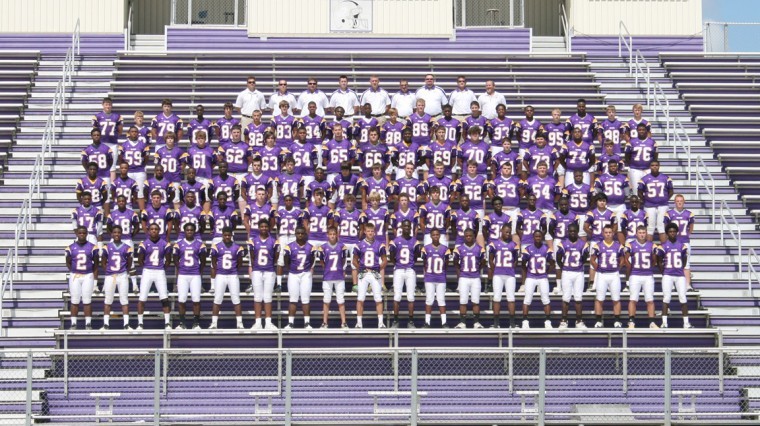 Franklinton High School always has high expectations under the helm of head coach Shane Smith. The Demon alum has advanced to the playoffs in 12 of 13 years under Smith, so it comes natural.

“These kids have a lot to live up to and I think that is a good thing because it means that the expectations and the bar was set high here two years ago and it can be done but there is a lot that goes into it,” Smith said.

“We have so far to go but in comparison to this time last year, I feel confident that our kids have more stock into what we are trying to do going into the season. They have more experience and our summer attendance was up. Those are positive but we still have to get better because there are still questions on both sides of the ball position and scheme wise.”

Franklinton fell in the bi-district playoffs to South Terrebonne on the road after grinding through a difficult non-district schedule that featured traditional powers and higher classification opponents before holding their fate in hand during district.

“Ultimately, you do have a vision of winning a state championship but all you can really take care of is doing the best you possibly can with what you have and continue to move forward as a football team and that is what our focus is,” Smith said.

“Last year we were so far behind because we were so inexperienced that we didn’t even know the strengths and weaknesses of a lot of our kids. At least now, we understand what this kid is and isn’t capable of.”

A program that has produced multiple NFL players, numerous Division I standouts and conference and national champions. Franklinton envisions more young talent can reach those heights.

“Leadership is finding a way to have a positive influence on your teammates to raise their level,” Smith said. “There are going to be times when a senior gets frustrated with a younger player but he is out there for a reason, so you must maintain his confidence so we can play at a high level.”

A year after returning just two starters, the Demons expect 15 to return this year to mix and match with a talented young group that may invoke visions of former Franklinton playmakers in time.

“We have got to make sure we find those playmakers,” Smith said. “You are going to find yourself in some tight situations if you can’t generate the big play. Right now, we don’t know but I look forward to finding out where it is going to come from.”

The Demons will continue to run a Spread scheme on offense like they have in the past that could include as many as four wide receivers but don’t be surprised to see more packages that include a fullback and tight end at Franklinton in an effort to efficiently run the football.

Senior Austin Armand returns at quarterback after passing for 550 yards and rushing for 360 to earn all-district last season. Senior James Magee and freshmen Renaz Wilson will likely take most of the carries at running back in place of LaRon Robinson, who had over 350 yards rushing and receiving last season.

Juniors Donovan Alonzo, an all-district performer and Daryl Fortenberry return at wide receiver and are joined by senior Kyle Edwards and junior Ron Robinson who seek to replace the departed Shane Magee and Jacque Harvey.

Nearly the entire offensive line returns with the exception of Kyle Dillon and are led by all-district senior guard Brandon McMasters. Seniors Nick Mizell and Linton Brumfield return at center and tackle and junior Devin Lewis, a regular on the opposite side of the ball, makes the move to guard. Sophomore Adrian Magee is the other tackle and seniors L.J. Gay and Stephen McCant provide depth.

“The thing I feel most comfortable with right now is we know what our limitations are individually at each position,” Smith said. “You want to rely on their strengths and protect their weaknesses. Last year, we had no idea.”

The Demons will continue to run a 3-3-5 base defense because of an influx of spread offenses but at times it may resemble a 3-4.

“We will make adjustments personnel-wise week in and week out based on who we are playing,” Smith said. “When you play smash mouth football teams with two tight ends, we may have four or five lineman out there.”

In the secondary, all but All-State Virgil Rayford returns in senior Kendrick Brumfield and juniors Charmarl Magee, a all-district selection and Pierre Wilson. Senior Kemo Magee and sophomore Josh Magee are battling them to fill out the backfield.

Senior Alex Herbert will once again handle kickoff duties and his strong leg has developed into a weapon in the kicking game capable of connecting on long field goals. Junior Rhett Tynes is the punter.

“If you lack explosive plays and rely heavily on the run to shorten the game, the result is more tight contests where special teams become extremely important,” Smith said.

Franklinton plays seven teams that made it to the postseason a year ago with six home games. The slate begins by hosting Class 2A state champion and national power John Curtis and Class 5A playoff advancing Covington.

After traveling to parish rivals Class 1A Varnado, a playoff team and Class 3A Bogalusa, the Demons host Class 3A state runner-up Amite.

“Our home schedule is loaded with a lot of challenges,” Smith said. “The good thing about those challenges is we are going to find our where we are early in the season and that will help prepare ourselves for district and the playoffs. The important thing is that our kids focus on improving and playing with a winning mentality.”

The Demons travel to Pearl River to open District 7-4A play before moving out of league play for one game and hosting two-time Class 5A quarterfinalist Jesuit. After traveling to Hammond on a Thursday, Franklinton hosts regionalist Salmen and playoff advancing Lakeshore.

“We expect to compete for the district championship but saying that doesn’t mean anything,” Smith said. “To be successful and achieve our goals, we need to be consistent. You have to be able to handle momentum changes and that comes with maturity and experience.”

“We will never be the most talented team but we expect to have a chance to win every game. All we can focus on is being the best football team we can be. We know who we are and if we work hard, are disciplined and focused on executing, we will be successful.”