Bogalusa has to learn to finish after downfall 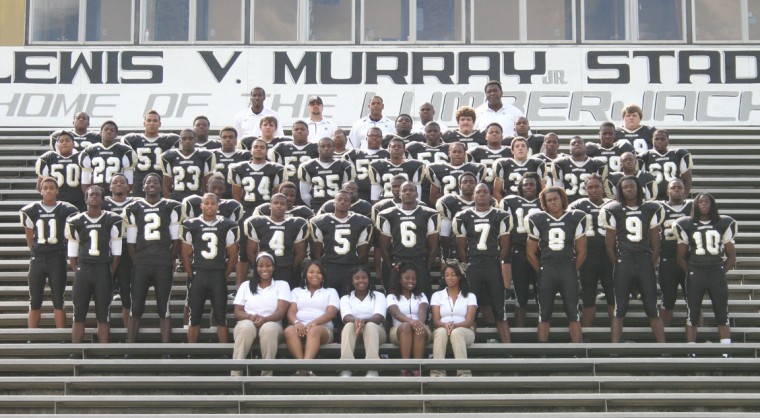 Bogalusa High School did not advance to the postseason for just the second time in head coach Craig Jones’ six years at the helm of the rich Lumberjack football program that includes a reputation, two state championships, multiple Division I standouts and NFL players.

The Lumberjacks trawled through a season that produced just one win and included numerous losses in waning moments or overtime despite an array of talent.

“Talent doesn’t win ball games,” Jones said. “It comes down to the little things like being disciplined, responsible and doing your job. That is what it is going to take for us to win.

The Lumberjacks finished 1-9 overall last season and were winless in District 8-3A play with an 0-5 mark. Bogalusa lost four games by a touchdown or less.

“We can’t turn the ball over,” Jones said. “We have to create turnovers on defense. We have experience but we have to protect the ball because I don’t think we have any weaknesses.”

The Lumberjacks return all but three starters including numerous all-district performers and a large senior class of 18 that brings a wealth of experience.

Bogalusa will continue to run out of the true spread package again this year to utilize its team speed and athleticism but there will be a concerted effort to be able to run the football.

“We are staying in the spread because we don’t have big dominating lineman,” Jones said. “I would prefer running a veer offense but we run what our athletes allow us to. Pitching and catching is what they grew up doing all their life but there comes a point in time where you have to be able to run the ball and that is why I think our offensive line is going to be our strength. In some of those games, if we would have had a running game, we could eat up the clock.”

Seniors Chris Lowery, Chris Rivera and Dayshawn Harris fill out the receiving corps and senior Kellan Mark is back at running back.

“Everybody that started on offense is back,” Jones said. “That is why I feel good about our offensive line. All those guys got to play last year at some point in the season and are an older group but they will have to give us the time to be able to run the ball when we need to.”

The Lumberjacks will use multiple schemes on defense that will include 4-3, 3-4 and 3-3 fronts in an effort to create more turnovers.

“We are going to run what we feel gives our guys the best chance at playing their greatest defense,” Jones said. “Where we put those guys all depends on who we are facing. I don’t care how many points you score, ball games are won with defense and we didn’t make enough plays last year. We have to be able to line up right, get after the ball and hit somebody.”

Junior Jalen Graves, an all-district performer on both sides of the ball last season, returns to anchor the line after registering 60 tackles including seven for loss and three sacks and will be joined by seniors Matthew Melton and Stone Guy, a transfer, and junior Trey Thomas.

The Lumberjacks face six teams that advanced to the postseason a year ago. Bogalusa opens the season by hosting Class 1A regionalist Kentwood before traveling to Class 4A Hammond and Class 1A Ascension Christian. After hosting Class 4A playoff advancing Franklinton and Lakeshore, the Lumberjacks open District 8-3A play at home against Jewel Sumner.

The Lumberjacks then travel to regionalist Loranger before hosting state runner-up Amite and Albany. Bogalusa travels to playoff advancing Independence to wrap the regular season.

“We want tough competition,” Jones said. “That is why we play the teams we do. When we get into district, they have a lot of players returning and a lot of tradition as Bogalusa does so we just get after each other because there is never a night off.

“We can’t make any predictions. We are just going to play one game at a time and see where we go from there. We are one team with one dream.”