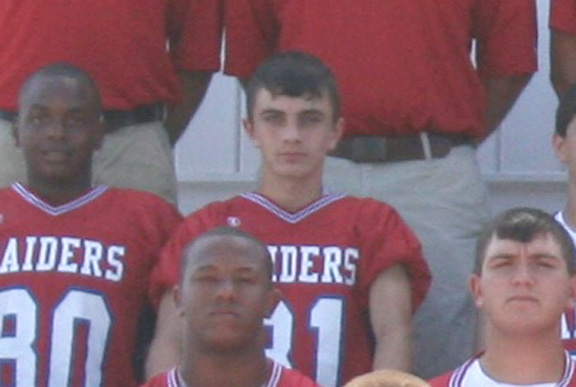 Pine High School will retire the jersey number of Alex Galloway during a ceremony in conjunction with the Sept. 7 home football game against Varnado at Raider Nation Stadium, according to his aunt Lisa Ketchum.

Galloway passed away from the results of a automobile accident June 22. He was 16 , a member of the Pine High School Class of 2015 and a member of the football and basketball teams.

“He loved life,” Ketchum said. “It spoke volumes how many people showed up at his wake. Everybody that met him loved him. His smile and laugh was contagious. It was a tragic accident.”

Ketchum said the team will wear red wristbands with Galloway’s number “81” on them in his honor. She has ordered 70 of the terry cloth bands.

“This just would make a huge impact on the kids,” Ketchum said. “It will be a very emotional game.”

He is survived by his parents, Jennifer and John Penton of Pine and Joey and Kristi Galloway of Isabel; two brothers, Jordan Galloway and Joseph Galloway; two sisters, Savannah Galloway and Brook Galloway; grandparents, Janice Seals of Stateline, Robert and Kim Crowe of Bogalusa and Debbie Galloway of Isabel; great-grandparents, Ruby Sorenson of Stateline and Charles and Audrey Blackwell of Plainview; and numerous aunts, uncles, cousins and other family members.