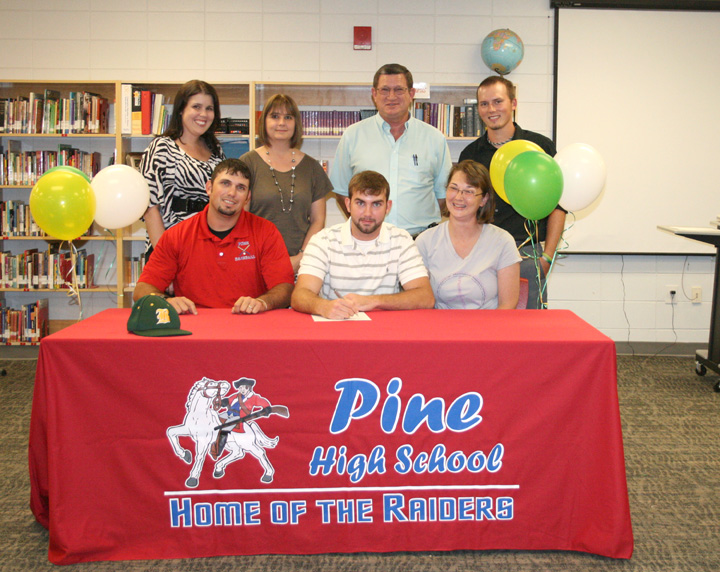 The Raiders, under coach Blake Dillon, just missed out on the postseason this year finishing 13-14 and No. 34 in power ratings.

“He had a great season and really stood out against most other competitors he played against in our district,” Dillon said. “This is a great opportunity for him. Nathan has so much athletic ability and I think he is just now coming into his own.

“He is versatile and can play many positions but the fact is they want him on the field because his bat is so good. He makes great contact and doesn’t strike out. I know he didn’t want it to end and really wanted to keep playing.”

“I played summer ball and they just put us in front of a lot of colleges,” McNabb said. “I didn’t want to quit and this is what I want to be doing in college. I only got ball for a couple of years but an education lasts a lifetime.”

“I loved it here and wish I could do it again,” McNabb said. “They see me as a utility player and gave me a full ride.”

McNabb played a plethora of positions for the Raiders over the past two seasons including pitcher, shortstop, third base and center field.

“We are real proud of the fact that he will be the first player from Pine baseball to go on to the next level,” Dillon said. “It is a good step for him and our program because the younger guys can see how hard work pays off.”