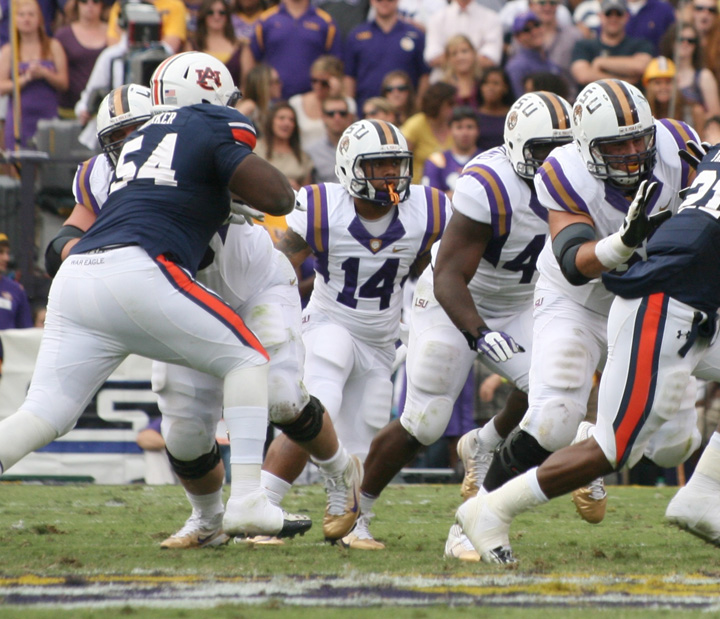 BATON ROUGE (AP) – The view out of Terrence Magee’s window in the increasingly crowded neighborhood that is LSU’s backfield has prompted his move out to the suburbs.

Magee, a Franklinton graduate who led the Demons to the school’s first state championship in football in 2010 at quarterback, started working out with the Tigers’ wide receivers Thursday, two days before LSU’s first preseason scrimmage.

Though he insisted Monday the move isn’t permanent, the Tiger sophomore sounded like a man who is enjoying the room to roam.

“If I want to play right away and contribute to the team, I feel that’s the best move,” Magee said.

“It was fun,” playing receiver Magee said. “I didn’t really know a lot about what I was doing. But I feel I did a good job.”

Add former Redemptorist star and true freshman Jeremy Hill to the mix, and Magee’s test run to look better all the time.

”I feel like it was a good move for the team,” he said. “I just want to play, and I told them I’d be happy to do anything they ask me.”