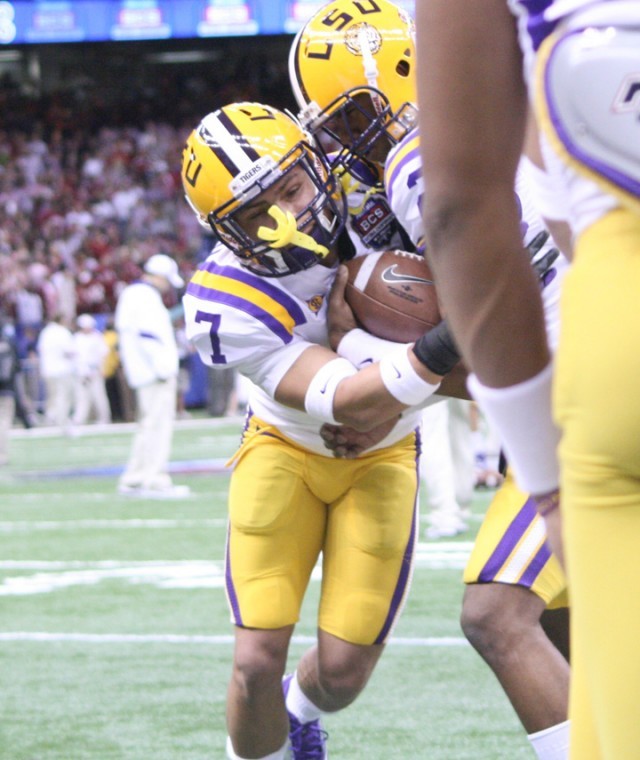 The junior defensive back – nicknamed Honey Badger for his tenacious style, small stature (5 feet 9, 175 pounds) and blond streak of hair – rose from obscurity to become one of college football’s biggest stars last year.

He was a sleeper Heisman candidate as the Tigers won the Southeastern Conference championship and reached the BCS title game. But almost as quickly as Mathieu rose to fame and became the face of LSU football, the Honey Badger phenomenon ended in Death Valley.

“We’ll miss the guy,” Coach Les Miles said at a hastily organized news conferencene Friday. “The football team’s got to go on. We’ll have to fill the void.”

Miles would not specify the reason Mathieu was dismissed. The Tigers are still among the favorites to win the national title this year, even without him.

Athletic Director Joe Alleva said Mathieu, who was suspended for a game in 2011 violated an athletic department rule and had his scholarship revoked.

Several high-ranking LSU administrators said they either did not know which rule Mathieu had violated or refused to discuss the matter. School policy allows for a player to lose his scholarship if he does not fulfill all the terms of university probation.

The 20-year-old Mathieu won the Bednarik Award as national defensive player of the year last season and was a big-play machine at cornerback and special teams. The All-American scored four touchdowns – two on punt returns and two on fumble returns – intercepted two passes, caused six fumbles and recovered four.

“We have a simple policy here of behavior, and consequences are pretty spelled out and defined,” Miles said. “We did what we could do, but Tyrann Mathieu is no longer on our team. He violated team policies.”