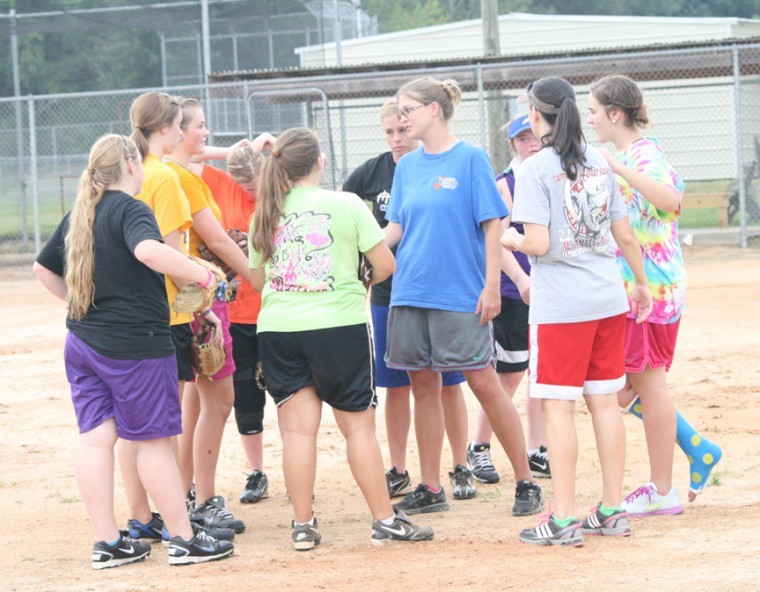 Ben’s Ford Christian School will continue to build its softball program when the Lady Eagles take the field on Monday to begin its second season under Brittany Alexander following a year not fielding a team.

The Lady Eagles were 1-7 overall last year and 1-3 in District 8-1A play. Ben’s Ford did not play in 2010 after their first season playing the year prior.

“We just had some girls that were really interested in starting to play again and it has really started to grow and take off,” Alexander said. “More of our girls are becoming interested each year so that is great.

“We are still a young team and don’t have any seniors but this is going to be another good experience for us this year. We have more games lined up against teams we have never played so I am looking forward to that. The interest is definitely there.”

Junior Leigha Keaton and eighth grader Cailyn Harriel round out the infield at second and first base. Seventh grader MaKayla Ramser is the catcher.

Sophomores Madison Crawford and Savanna Smith and seventh grader Myrian Willis are in the outfield and Jammeye Galloway is the assistant coach.

“Some of them have played and there are a few that have never hit the field before,” Alexander said. “We do have a few of those but a lot of them have been playing since they were little.

“We have a new weight room this year so we have been working out since before school let out and have gained a lot of strength in our throwing and hitting from that. A lot of new drills have helped us this year, also.”

“We competed last year and that is what I expect out of my girls this year,” Alexander said. “To be competitive, play hard and continue to improve. I can see the postseason in our future if we can keep this same group of really interested girls that we have. God willing.”