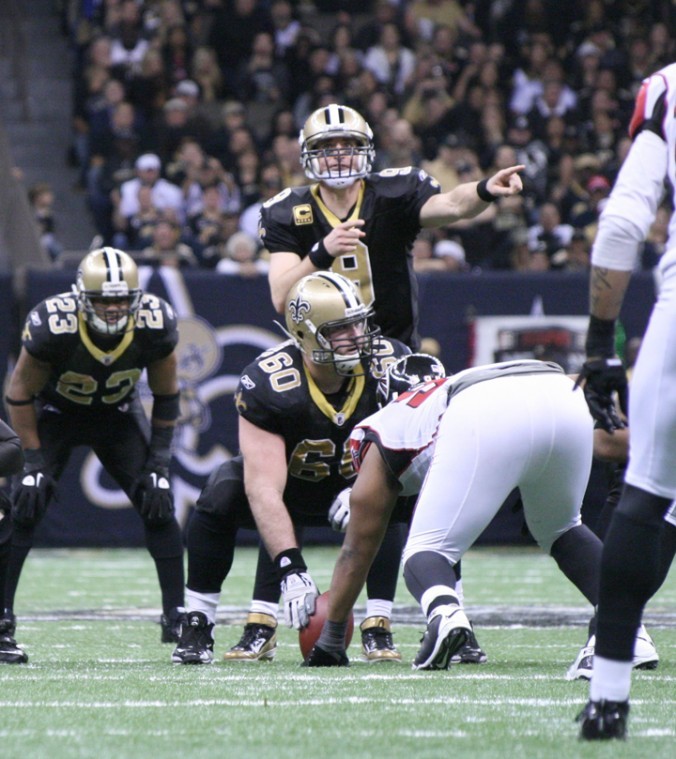 METAIRIE (AP) – If Drew Brees wasn’t an NFL star, he might be getting recruited by presidential campaigns. After all, the New Orleans Saints icon knows how to craft a sound bite about an opponent.

The star quarterback fired his team’s latest shot of the Bountygate brouhaha at NFL Commissioner Roger Goodell during an interview with Sports Illustrated’s Peter King.

“Nobody trusts him,” Brees said of the commish, who’s suspended Saints head coach Sean Payton and defensive captain Jonathan Vilma for the 2012 season for their alleged roles in the team’s pay-for-performance program.

“I’m not talking about a DUI, or using a gun in a strip club, which are pretty clear violations. I think there’re too many times where the league has come to its decision in a case before calling a guy in, and the interview is just a facade. I think now if a guy has to come in to talk to Roger, he’ll be very hesitant because he’ll think the conclusion has already been reached.”

Brees, who filed an affidavit on behalf of Vilma as he continues to lobby a federal court to overturn his suspension, is hoping to fall back on Payton’s approach and philosophies as the team prepares to play without him and interim coach Joe Vitt, whose six-game suspension takes effect Week 1.

“You take the two strongest presences in the building and remove them, and it’s like taking the president and vice president away from government. You had better have a pretty strong Congress, then,” rationalized Brees.

Brees had a cool surprise for his teammates and fans who finally got to see them practice Saturday afternoon at the team’s training facility.

Fans were served for two hours from a makeshift stand set up outside the gates of the training facility and players got the same treatment near the entrance of their locker room after the practice.

“I just wanted to do something special for them,” he said, “just cool them off on a hot summer day while they watch their boys play football.”