Focal point|Lady Bucs too much for Amite School in tourney 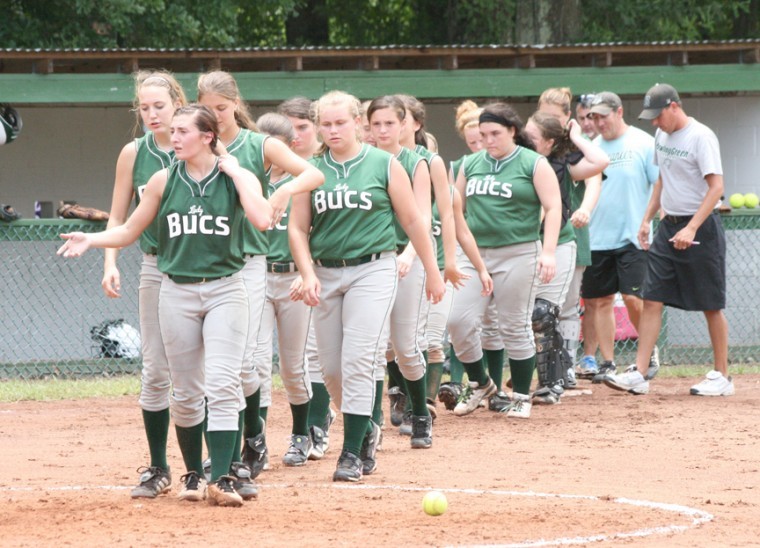 Bowling Green School scored four runs in the first inning and never looked back on the way to an 8-1 victory over Amite School Center in the BGS Tournament to open the season on Saturday mid-day.

The Lady Buccaneers pounded out nine hits against Amite to overcome a 3-2 loss to Parklane Academy Saturday morning in the tourney.

“We are going to get out there and compete and I like it,” Bowling Green coach Pat King said. “We have a team that works hard at practice and wants to compete so I am looking forward to this season if we stay healthy and get better.

“Our defense is our focal point. We want to be really good there because we have so much youth swinging the bats. We are just preaching make contact right now and they are going a good job.”

Mackayla Dykes, the Lady Bucs’ lone senior, got the win in the circle striking out three and facing just one over the minimum in two innings. Dykes was also 2-for-3 at the plate with two runs scored, one RBI and one stolen base.

“She is an asset,” King said. “She had her speeds changing and filled up the strike zone. We would like to pitch her more but we need her at shortstop.”

Austen Felder pitched the remaining two innings walking two and striking out one. Felder also was 1-for-3 with a double, two runs scored and a stolen base.

Katelin Junkins also was 2-for-3 with three RBIs and one run at the plate for Bowling Green. Kaitlyn Galloway was 2-for-2 with a run and RBI and Kaylea Creel was 1-for-3 with two RBIs.

Lexie Volz was 1-for-2 with one run and Melissa Crowe scored a run and stole a base.

Crowe stole second after she was hit by a pitch to lead off the first inning and Dykes followed with a liner through the left infield to put the Lady Buccaneers on the board.

Felder followed with a double over the right fielder’s glove to put runners in scoring position and Junkins grounded by third to make it 3-0. Galloway lined by third to add another run.

Benzi Badon beat out a grounder in the bottom half and scored on Ashley Etheridge’s groundout.

Bowling Green added two runs in the second inning. Dykes lined a two-out single through the left infield and was safe at second on Felder’s grounder to short. After a double steal, Junkins beat out a grounder to make it 6-1 after the previous run scored on a pass ball.

Dykes struck out two in the second inning and caught a liner that popped back into her glove to retire the side in order.

Etheridge lined a double to left to open the bottom of the fourth but Felder left her stranded after striking out Emma Claire Dunaway.

Bowling Green took a 2-0 lead in the top of the third against Parklane before surrendering three runs in the bottom half.

Mason Edwards pitched for the Lady Buccaneers striking out one and scored one run. Creel scored the other. Galloway had a single and Dykes had a stolen base. Edwards, Creel, Felder and Junkins each drew walks.