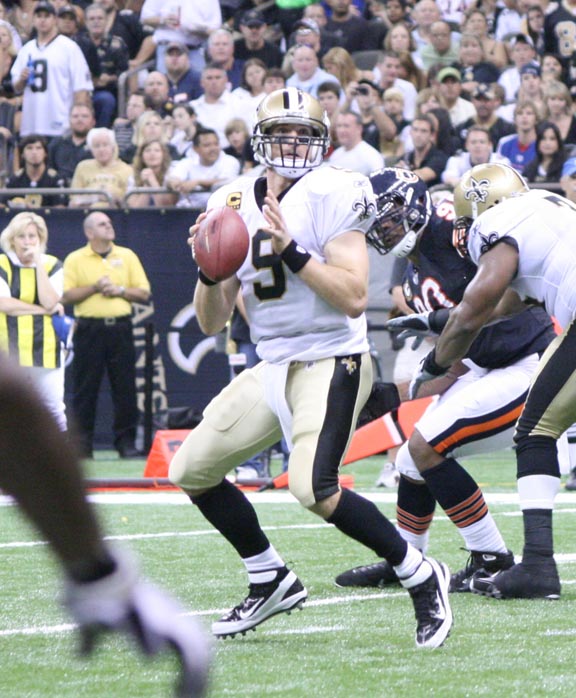 METAIRIE (AP) – With one notable exception, things appeared as normal as they could be when the New Orleans Saints reported to training camp Tuesday to start preparing for another season.

Ninety players checked in and attended a mandatory meeting Tuesday night in advance of conditioning tests on Wednesday and the first two practices Thursday at the team’s training facility.

The only difference from previous years was that coach Sean Payton wasn’t there to greet the players for the first time since taking over in 2006.

Payton was suspended for the 2012 season by NFL Commissioner Roger Goodell for misleading league investigators who were looking into a pay-for-performance scheme it said former Saints defensive coordinator Gregg Williams and more than 20 of his players participated in between 2009 and 2011.

Vitt, who was put in charge when Payton was forced to leave the team on April 16, will also serve a six-game suspension as a result of the bounty scandal when the regular season begins in September.

But it was business as usual Tuesday as far as Vitt and quarterback Drew Brees, who signed a five-year, $100 million contract with the team on July 15, were concerned.

“I’ve said this before and I don’t know if anyone believes me, but football and trying to win football games has always been the main topic here,” Vitt said.

The Saints have just 11 days to prepare for their preseason opener on Aug. 5 against the Arizona Cardinals in the annual Hall of Fame Game in Canton, Ohio.

Brees said it will be quite different without Payton, the architect of the league’s most productive offense – which included an NFL single-season record of 7,474 total yards in 2011 – since teaming up in 2006.

“As I look at our team and the systems that are in place, I’m very confident with where we’re at and where we’re headed,” Brees said.