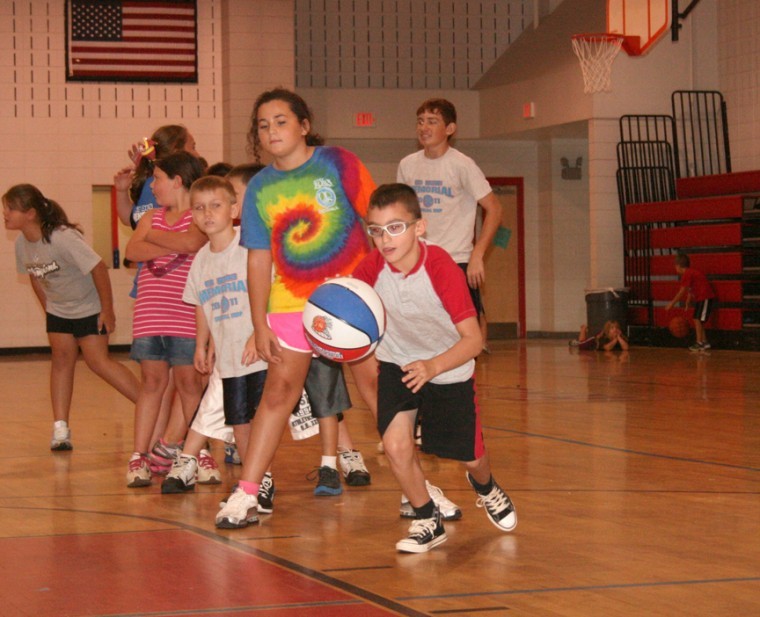 There was plenty of dribbling, shooting and passing going on at the Fourth Annual Ed Deas Memorial Basketball Camp at Pine High School’s gymnasium on Wednesday midday.

But the focus was more dedicated to teaching.

“We are trying to teach the kids the basics and give them a foundation to move forward,” Pine basketball coach and camp director Landon Thomas said. “We try to meet a balance of making it fun and a drill at the same time. You have to find a way to mix the two, so we want them to be learning without even knowing it.”

The camp is named in honor of Thomas’ late grandfather, Ed Deas, a former Pine principal and basketball coach at Pine and Thomas.

“There is no doubt, that is where my passion for the game comes from,” Thomas said. “I can remember going to games as early as I can remember.”

“It is mostly family-oriented but we have a lot of kids that come up here and do this just for fun when they don’t have to,” Thomas said.

The week long camp is broke down into a morning and afternoon session according to age. Each session begins with stretching before campers are grouped into ensembles which rotate between stations focused on the fundamentals of shooting, dribbling and passing.

The groups then move on to competition games including Hotshot, Knockout, Dribble Tag and Free Throws. The top winners are awarded at the end of the week.

“We try a lot of new things and it progresses as the week goes on,” Thomas said.

Every camper receives a T-shirt, notebook and basketball and proceeds benefit the Ed Deas Memorial Scholarship Fund which is based on a school essay. Past recipients include Cody Terrell (2010), Brittneii Flynt (2011) and Austin Thomas (2012).

“None of this would be possible without our sponsors,” Thomas said.