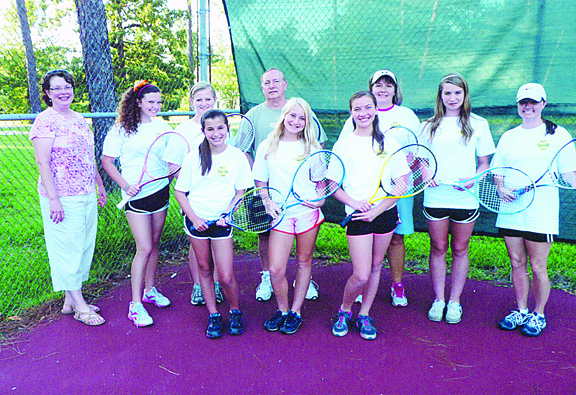 Bogalusa Country Club hosted its annual tennis camp, under the leadership of Coach Val Haaga, his fourth year to lead the camp.

Assisting with coaching were Ashley Wagoner and Anne Arata. T

he coaching staff focused their efforts on the basics of the tennis swing, scoring and use of the backboard.

All of the children, ranging in age from 6 to 13, worked hard in the June afternoon sun to learn as much as possible. Everyone, coaches and kids alike, had a great time.