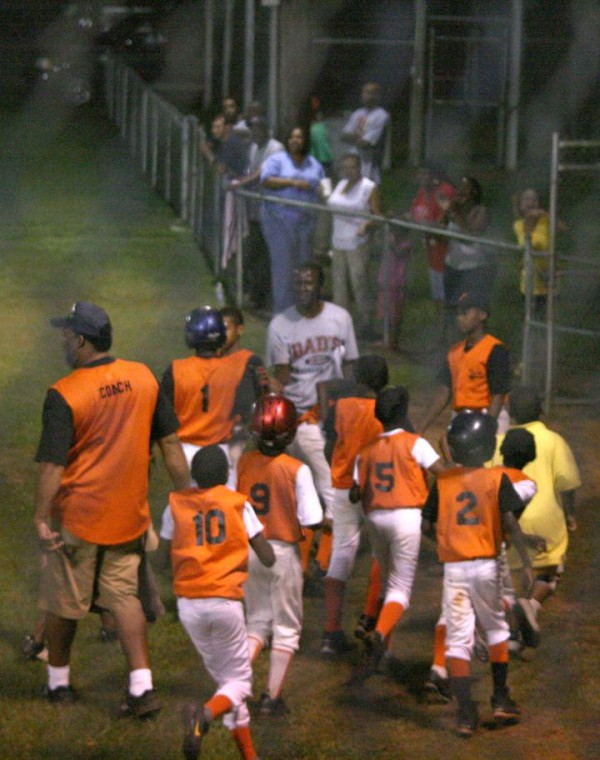 Varnado added two insurance runs in the sixth inning after Sunset cut the deficit to one on the way to an 8-5 victory in the 11-and-12 year-old bracket of the Bogalusa Little League City Tournament Thursday night at Avenue U Ballpark.

The Pirates scored one run in the first before the Tigers answered with two in the bottom half to take the lead. Varnado went ahead for good with two runs in the second.

Varnado advances to the championship  tentatively scheduled for 6 p.m. Tuesday and are undefeated in the double-elimination tournament. Sunset tangled the Richardsontown A’s in an elimination game Saturday for the right to face the Pirates.

Nicolas Darden earned the victory on the mound for Varnado striking out six and walking three over four innings. Isaiah Alexander got the save striking out two in two innings of relief.

Sal’Haladein Pittman took the loss for Sunset striking out seven in four innings but walking eight. Bobby Robinson struck out three in two innings of relief.

JaKyle Newkirk was 1-for-2 with three RBIs, two runs and a triple for the Pirates. Errol Varnado scored three runs and Johnathan Lewis had an RBI-double.

Pittman walked the first three batters he faced and a pass ball allowed the Pirates to get on the board in the first inning. The Tigers answered in the bottom half to go ahead 2-1 on Pittman’s sacrifice.

Varnado wasted little time and regained the led when Newkirk lined a triple in front of center to the wall after Armontee Kemp beat out a bunt.

Sunset cut it to 4-3 in the third inning when Mingo beat out a bunt and scored on an error.

Pittman walked the first two batters of the fifth inning before Robinson struck out the first two he faced but Trevon Stokes’ fly to center was dropped scoring two runs.

The Tigers cut it to 6-5 in the bottom half on Pittman’s monster shot to straight away center after Mingo drew a walk but Varnado added two more runs in the sixth capped by Lewis’ blooper in front of right. Alexander struck out the final two batters to end the game.