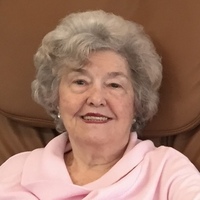 On Saturday, Jan. 21, 2023, Virginia “Dale” Boler, a beloved Mother and Grandmother, passed away peacefully at home the day after her 90th birthday. Born Virginia Dale Holloway in Bogalusa, La., she was the oldest of 14 children and had seven brothers and six sisters. She was raised Catholic by a loving, strong, widowed Mother, Maude Holloway. As a child, she attended Annunciation Catholic School and was chosen by the nuns to attend a Catholic academy in Florida for one semester of high school.

After high school, she went to work for the local telephone company. She soon met her husband Forest “Dale” Boler at a bus stop on her way to work. He was in the Navy at the time, and they dated when he came home on leave. They married in 1954 and were married for 55 years when he passed away. They had five children. When Dale was in her early 30s pregnant with her fourth child, she went to nursing school to become a Licensed Practical Nurse. She worked as a nurse for over 30 years at various hospitals before retiring from The Bogalusa Community Medical Center. Having lost two children to terminal illnesses, she had many ups and downs in her life, but her surviving children say she was “the greatest example of perseverance that they have ever known, a very strong yet kind and loving mother, a nurturer, a true caregiver.” Her favorite pastime was cooking for her family and having them visit frequently. In later life, she was able to travel to visit her daughter and grandchildren in California and she enjoyed that immensely. She was a lifelong member of the Annunciation Catholic Church where she enjoyed her time singing in the choir.

A rosary will be conducted at 10:30 a.m. on Thursday, Jan. 26, 2023 with visitation immediately following until time for the service at 1 p.m. at Annunciation Catholic Church with Rev. Father Patrick Collum conducting the services. Interment to follow at Hillview Memorial Gardens.

In lieu of flowers, the family asks for donations to the Cystic Fibrosis Foundation or the Leukemia and Lymphoma Society.