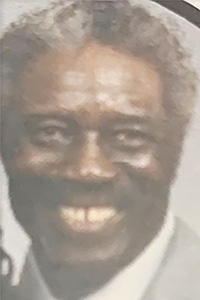 Marvin Conerly transitioned from this life on Sept. 3, 2022.

Marvin attended school at Bethel Church and later was employed as a Foreman with Prestressed Concrete in Mandeville, where he retired in 1980. Marvin also worked for REA electric company and could oftentimes be found on the Farm in Stoney Point with his Supervisor Mr. Howard. Marvin was a Craftsman and was no stranger to hard work.

Marvin served in the U.S. Navy from 1943-1946. He was drafted shortly after the Japanese bombed Pearl Harbor.

Marvin married Shirley Harvey Conerly in 1943, and to this union of 74 years, 10 children were born and they raised one grandson as their own.

The drive-through viewing will be Friday, Sept. 16, from 4 p.m. until 6 p.m. at Crain and Sons Funeral Home in Franklinton.

The funeral service will be Saturday, Sept. 17, at 11 a.m. at Bethel Church of Christ Holiness with Elder Alvin Partman, pastor, and Bishop Lindsay E. Jones, eulogist. Interment will be in Bethel Cemetery.

Crain and Sons Funeral Home of Franklinton are in charge of arrangements. Sign the guestbook online at www.crainandsons.com.