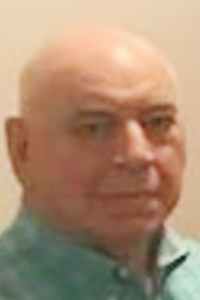 Michael Ray Perry, 79, a resident of the Enon Community, passed away Saturday afternoon, Aug. 27, 2022, at St. Tammany Parish Hospital after a brief illness. He proudly served his country overseas during the Vietnam War as a Motor Sergeant in the United States Army. Ray was a member of the American Legion in Franklinton and currently a member of the American Legion Magic City Post 24 in Bogalusa. He was an outstanding mechanic, well known in the area for his ability to fix anything with four wheels. Ray worked at multiple locations around Franklinton but was also the owner/operator of Ray’s Texaco for many years, his service station and mechanic shop. He always loved to tinker for hours on cars and trucks in the shop at his home. Ray was a longtime active member and Deacon of Enon Baptist Church. He had a servant’s heart and volunteered for any and all projects at his church or simply helping others throughout his community. He was affectionately known as “Grumpy” to his friends and always liked to play up to that persona. Ray adored his family and grandchildren and cherished all the times they spent together.

Visitation was at Enon Baptist Church (14049 Highway 16 in Franklinton) on Tuesday, Aug. 30, from 10 a.m. until noon. A funeral service was held in the church at noon Tuesday, Aug. 30, with the Rev. Chris Wheeler officiating. Burial followed in the Knight Memorial Gardens, with Military Honors provided by the American Legion Post 24 Honor Guard.