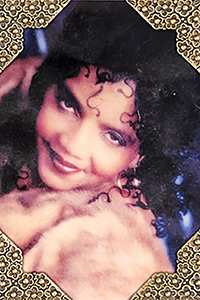 Cora Esther Miller Fields, was born on March 5, 1952, to the late Lois Smith and John Miller. Cora was married to the love of her life, the late Robert Lionel Fields Sr., and from that union seven children were born — three girls and four boys.

She was born and raised in the church. Her grandmother, JoAnna May, and her mother, Lois, instilled in their children the importance of having a relationship with God. At an early age, Cora was a member of St. John Elizabeth Temple C.O.G.I.C., under the leadership of the late Bishop John White and Bishop W.K. Gordon. Later, she became a member of Allen Temple, under the leadership of Elder Robert Earl Williams, until her passing.

Cora went home to be with the Lord on Wednesday, July 20, 2022, at St. Tammany Parish Hospital in Covington.

She was preceded in death by her parents, Lois Smith and John Miller, and one son, Jabus L. Fields.

The funeral service will be Saturday, July 30, at 11 a.m. at St. John Temple with Elder Eric Clayton, pastor, officiating. Interment will be in the Bogalusa Cemetery.