Flowers: An anti-abortion victory kicks off the month

Sometimes, the stars align, and things happen the way they’re supposed to. Like starting Women’s History Month with a wonderful gift to women, or at least the unborn kind.

On the eve of the 31-day period that celebrates the beauty, the intelligence, the talent, the majesty and all of the other traits shared by the sisterhood, the U.S. Senate by a 48-46 margin rejected attempts to codify Roe v. Wade and provide women with a federal right to abortion.

The coyly named “Women’s Health Protection Act” would, if passed, have invalidated each and every state law that provided limitations on a mother’s right to terminate her pregnancy. It was a knee-jerk reaction to the prospect that Roe would be overruled at the Supreme Court, thereby allowing the 50 states to construct for themselves their own abortion landscapes.

To be fair, women who think that the power to give life is much less empowering than the power to end it actually do have a legitimate reason to be nervous. While it’s far from certain that this court will overturn Roe, particularly with question marks like Roberts and Kavanaugh sitting somewhere in the middle of the bench, many pro-lifers are cautiously optimistic that Roe will finally be erased from the jurisprudential horizon.

But our cautious optimism translates to apoplexy for the other side, and they started to promote laws which, to be honest, would have been struck down the minute someone challenged them in a court of law. There were no exceptions for religious opposition. The legislation provided for abortion up to the moment of birth, which is something that even under Roe could have been prohibited under the right circumstances. The principle of states rights was completely ignored.

Every single Republican voted to oppose the Women’s Health Protection Act. Even Senators Susan Collins and Lisa Murkowski, noted supporters of abortion rights, refused to jump on the “Federalize Abortion” bandwagon and countered with their own more moderate bill.

“I have long supported a woman’s right to choose, but my position is not without limits, and this partisan Women’s Health Protection Act simply goes too far,” Murkowski said in a statement. “It would broadly supersede state laws and infringe on Americans’ religious freedoms.”

Any celebration of women must include a celebration of their ability to give life, to nurture it, to shelter and mentor it, to teach it lessons in virtue and compassion, to protect it, to perpetuate it. And far too many women — and men — forget that. Worse still, they look on this ability as a hindrance to greater things, like a corner office.

You don’t have to agree with me about abortion. Most, I think, don’t. As the polls show, most think that women should have some ability to empty their wombs of unwanted cargo. And I am resigned to the fact that this will always be the case.

But legislation that ignores a Catholic doctor’s right to refrain from taking life, and that looks upon the states as neutered servants of some federal overlord, is repellent. Beyond that, it’s dangerous. And I’m very thankful 48 principled senators knew it.

A friend once told me that the key is in changing hearts and minds. We need, he said, to help women understand that abortion solves no problems, and creates a world of hurt. He said that legislation was ultimately ineffective.

I responded that I really have no interest in changing the hearts and minds of people who believe that destroying unborn life is a right. And that’s why working the courts, and the legislatures, is key to making next year’s Women’s History Month, the one where we can finally celebrate the glory of unborn women, a reality.

Christine Flowers is an attorney and a columnist for the Delaware County Daily Times, and can be reached at cflowers1961@gmail.com. 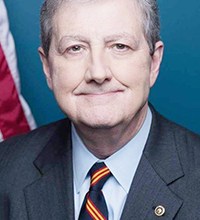