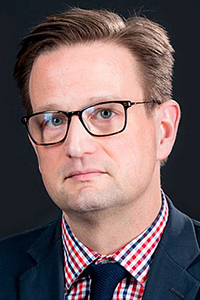 If the central argument for President Joe Biden’s election in 2020 was his competence and decades of experience in Washington, three numbers in a new nationwide Quinnipiac University poll are a warning shot for the White House and Democrats as they look to hold their majorities in the U.S. House and Senate.

Here they are: 56, 61, and 62. And how Democrats respond to those numbers could make all the difference in the world this November.

Let’s take that first number first: It’s the percentage of the poll’s registered voter respondents who said they disapprove of Biden’s job performance. Barely a third of those more plugged-in respondents, 37 percent, said they approved, while 7 percent said they had no opinion.

Now for that second number, 61 percent: It’s the percentage of respondents who say they disapprove of Biden’s management of the economy. As NPR reports, that’s a problem for Biden, but not for the reason you’d think.

Despite empty shelves and rising prices, the economy is actually humming along at a pretty good clip. During Biden’s first year in office, the economy created 6.6 million new jobs, which the president noted during a press conference last week.

“If you can’t remember another year when so many people went to work in this country, there’s a reason: It never happened,” Biden said, urging journalists to review economic statistics dating back to the Reagan administration. “History has been made here.”

Even so, as the numbers make clear, Americans surveying empty grocery store shelves don’t share that optimism. Biden has tried to stress that congressional authorization of his Build Back Better plan will help tame costs for such items as prescription medication and childcare.

This week, national Democrats also pivoted to a more esoteric strategy, lambasting Republicans for staging a boycott of the White House’s picks to the Federal Reserve Board. The chances are better than 50-50 that most Americans can’t name a single member of the central bank, whose policies will play a central role in getting inflation under control. But Democrats are clearly hoping the message will penetrate.

Now about that third number: 62 percent. That’s the percentage of respondents who disapprove of the administration’s response to the wave of gun violence that’s gripped some of America’s largest cities.

After calls in 2020 to defund the police amid a summer of police shootings and ensuing civil rights protests, some cities are now heading in the opposite direction and are bulking up their funding for law enforcement. Sixteen U.S cities, including Philadelphia, saw a spike in shootings last year, according to Stateline.org.

Keep in mind, Biden pitched himself as the adult in the room in 2020, offering a steady hand to steer the nation out of the pandemic after months of chaotic leadership and mixed messaging from the previous Trump administration.

But as the pandemic enters its third year, and states begin shrugging off mask mandates and other restrictions, there’s every indication that a weary American public also is ready to move on from the virus and resume something approximating a normal life.

On Tuesday, a senior Biden administration official told congressional budget writers that the U.S. Dept. of Health & Human Services will need at least $30 billion to keep its pandemic response up and running, according to Politico, signaling that while Americans may be done with the pandemic, it’s not done with us yet.

Fortunately, all is not lost for Biden and Democrats. Three numbers point the way out of the administration’s current predicament.

That’s the 55 percent of all respondents who say they like Biden as a person, with 34 percent saying they like him as a person and also like most of his policies.

Then there’s the 54 percent of respondents who say they support Biden’s decision to deploy thousands of troops to Eastern Europe to support U.S. allies in NATO (Nearly as many, 57 percent, want the country to stay out of Ukraine if the Russians invade).

All of those numbers, again, point the way toward Biden’s initial selling point: His competence and experience, both on Capitol Hill, and as eight years as vice president, where he regularly interacted with foreign leaders.

The challenge will be convincing voters that the policies that improved their lives are Democratic policies, and that they’re worth continuing.

Math is hard. Electoral math is much harder. Fortunately for Biden and his Democratic allies, it’s not impossible. They’ll just need to show their work.

An award-winning political journalist, John L. Micek is Editor in Chief of The Pennsylvania Capital-Star in Harrisburg, Pa. Email him at jmicek@penncapital-star.com and follow him on Twitter @ByJohnLMicek.

Crouere: The Dumb and Dumber administration

Miller: The two shall become one