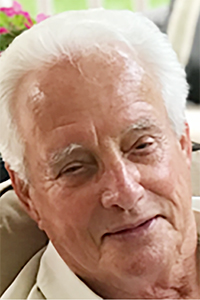 Mr. Bobby Earl Crain Sr., a resident of Franklinton, passed away Feb. 8, 2022, at the age of 87. Mr. Crain loved to tell the story of how he was born in Pine, while his mother was picking cotton. She made it to a cotton shack and “dropped” him there! He always added that he didn’t even have a birth certificate until he was a grown man. He told stories of how his family worked hard to make ends meet, until his father got a job working for Crown Zellerbach Paper Mill, but also continued to work other jobs on the side to give his family a better life. This is when he learned how to work hard and his mother helped him save to buy his first guitar, because she knew he loved music. Mr. Crain worked for 48-1/2 years before retiring from International Paper Mill as an electrician. Most folks in Bogalusa knew they would see him walking and eating his lunch every day on Columbia Street.

He loved to travel, whether it be by land, sea, or air. As long as the wheels were rolling, he was happy. He enjoyed his motorhome and cars, but his favorite way to travel was on his Honda Gold Wing motorcycle.

Mr. Crain often said how blessed he was to have had a life of good health, until May 8, 2019, when doctors said he could not survive due to his lungs not being pliable. However, he fought hard and with God’s mercy and his determination, he did survive until his death on Feb. 8, 2022. He loved his family and friends and will be greatly missed.

Mr. Crain was preceded in death by his parents, Earl and Vernice Crain; a brother, Donald Crain and his wife Shirley; one granddaughter, Anissa Moody Sartin; and two brothers-in-law, Buddy Brumfield and Joe Coles.