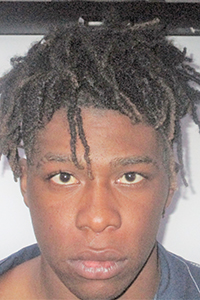 On Monday, the Washington Parish Sheriff’s Office received information from Fort Worth, Texas, detectives that a man suspected of murder in Fort Worth might be in Franklinton, according to WPSO Chief Criminal Deputy Mike Haley.

Acting on information provided, WPSO detectives were able to locate Ja’Kari Brown, 23, a resident of West 8th Street in Bogalusa, who was in the parking lot of a Franklinton business, Haley said. Brown was taken into custody and was being housed in the Washington Parish Jail pending extradition to Texas.

Haley said that Brown is familiar with the Washington Parish Jail. In 2013, he was arrested by the Bogalusa Police Department on a charge of aggravated rape. His next arrest was five years later, in 2018, when the Washington Parish Sheriff’s Office arrested him for violation of his parole. Sheriff’s deputies arrested him again in 2021 for being a convicted felon in possession of a firearm, contempt of court and traffic offenses.

“We are always pleased to cooperate with our fellow law enforcement agencies, whether they are in Louisiana, Texas or any other jurisdiction,” Washington Parish Sheriff Randy Seal said. “We’re always just a phone call away to provide assistance to any citizen or law enforcement agency that needs our help.”