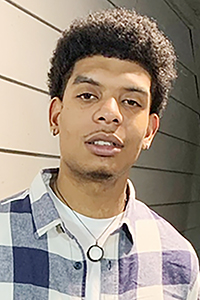 He attended Franklinton High School, where he received his diploma in the year of 2011. While in school, he played baseball and football. During his time playing football, he was on the team that made it to the State Playoffs in the Superdome. He later went to Southeastern University, where he attended a short term.

He left school to pursue a career at AWG Warehouse, where he was one of the top three workers. He later met Tasha Torregano and to the union a little girl was born.

Tre had a personality and infectious smile that drew you in. He was the type of person that would give the shirt off his back. He loved children, his little girl especially. He was an umpire several years at Franklinton Little League.

A funeral service will be held on Saturday, Jan. 29, at 11 a.m. at Sweet Home Church of Christ Holiness, with the Rev. Nolan Robinson officiating. Crain and Sons Funeral Home of Franklinton is in charge of arrangements. Sign the guestbook online at www.crainadsons.com.