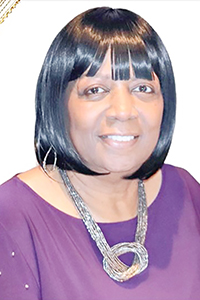 Rosemary J. Phillips entered into God’s Kingdom after a courageous second battle with leukemia on Thursday, Nov. 25, 2021, at the age of 65. Rosemary, a native of Bogalusa, and a resident of Clermont, Fla., was surrounded by her son and daughter at Orlando Regional Medical Center.

Rosemary was born to Ida L. Martin and Melodysee Peters on May 27, 1956, in Bogalusa. A member of the church from a very young age, Rosemary participated in the church choir at Sweet Beulah Baptist Church alongside her family.

Throughout her entire life, Rosemary was a loyal servant to God, first and foremost. She loved the church and loved sharing the love and warmth of our Savior, Jesus Christ, with as many people as possible. She was a member of Mt. Zion Missionary Baptist Church in Angie, until she was spirit-led to relocate to Dallas, Texas. Upon arrival to Dallas, she attended Friendship West Baptist Church approximately from 1995-1998. Eventually she joined the Potter’s House, serving approximately from 1998-2008 in the Potter’s House Choir, “God’s Leading Ladies” Life Enrichment Program, and other ministries.

Finally, she relocated to Orlando, Fla., in 2020 to aid in the startup of The Floating Church Dock, serving until being called home to GLORY!

A private home-going celebration will be Saturday, Dec. 18, at noon at Mt. Zion Missionary Baptist Church, with Pastor Lesley McKinley officiating. Interment will follow in Robinson Cemetery in Varnado.

The repast is open to family and friends that are unable to attend the private home-going celebration. Please join us at approximately 2:30 p.m. at The Event Center in Bogalusa. Crain and Sons Funeral Home in Bogalusa are in charge of arrangements. Sign the guestbook online at www.crainandsons.com.

Facebook Live Streaming will be at “Mt. Zion Missionary Baptist Church of Varnado.”