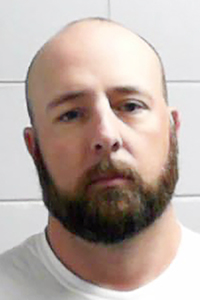 In early May, the Bogalusa Police Department received a criminal complaint that led to an investigation of Brandon Applewhite. Evidence uncovered during the investigation led to Applewhite’s arrest for the crimes of extortion and nonconsensual disclosure of a private image. After being booked into the Washington Parish Jail, Applewhite soon bonded out.

Later in May, the Washington Parish Sheriff’s Office investigated a rape complaint made against Applewhite. The investigation led to his arrest for the crime of forcible rape. Applewhite was again booked and bonded out from the parish jail.

In September, the WPSO investigated another rape allegation made against Applewhite. He was again arrested for forcible rape, and was again booked and bonded out from the parish jail.

As the investigation continued, BPD detectives uncovered evidence of yet another crime involving Applewhite and a female accomplice, identified as Angela Dawn Holloway Austin.

During a court appearance on Tuesday, Applewhite was arrested for the fourth time this year, this time on the charges of principal to sexual abuse of an animal, and principal to molestation of a person with a physical or mental disability. District Judge Raymond Childress set Applewhite’s bond at $25,000, and he has been booked and bonded from the parish jail.

Later on the same day, BPD detectives were accompanied by officers from a St. Tammany law enforcement agency to Austin’s place of employment, a St. Tammany Parish nursing home. Austin was arrested as a fugitive from Bogalusa on warrants for sexual abuse of an animal and molestation of 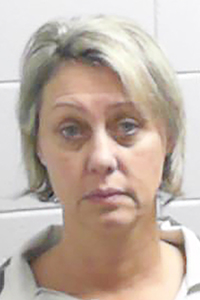 a person with a physical or mental disability. She has since been transported to Bogalusa and arrested, and is awaiting transport to the parish jail.

These investigations remain active and ongoing. Anyone with any additional information should contact the Bogalusa Police Department or the Washington Parish Sheriff’s Office.