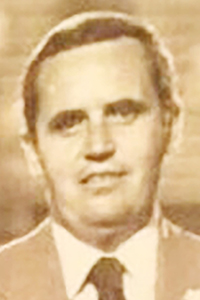 Rodney was born to Alvin and Lois Wells on April 24, 1940, in Bogalusa. He graduated from Bogalusa High School and served in the U.S. Air Force at home and abroad. For over three decades, he worked for the U.S. Post Office and carried fond memories of his coworkers and days on his route. In 2014, he relocated to Sarasota, to be closer to family. Rodney was a loving dad, grandfather, uncle, brother, and friend and his greatest love in life was his daughter and his two granddaughters. He also had a special bond with his beloved cousins and family near and far — enjoying their company and conversations until the end. He will always be remembered for his kind spirit and willingness to help everyone he met.

Rodney was preceded in death by his parents, Alvin and Lois W. Wells; and a brother, Jerry Paul Wells. He is survived by a daughter, Monica (David Jr.) Verinder of Sarasota; a brother, Milton (Teresa) Wells of Bogalusa; two granddaughters, Hayden and Haley Verinder, both of Nashville, Tenn.; nephews, Jay Wells of Warner Robins, Ga. and Mike Wells of Bogalusa; and nieces, Leisha Wells of Warner Robins, Shannon Seals of Thomas, and Janice Wells of Sarasota.

A graveside service will be held at Ponemah Cemetery on Saturday, Aug. 21, at 10 a.m. with military graveside rites being performed by Magic City Post #24.