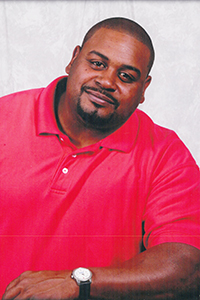 Lonnie Lavelle Magee died peacefully Friday, June 4, 2021, shortly after returning home from a dialysis treatment. Although he suffered health issues, he was his witty and humorous self until death. Lonnie never met any strangers. He was one of five children and the youngest of all.

He was a graduate of Franklinton High School, Class of 1988, where he played football and sang in the high school chorus. After graduation, he worked numerous jobs that included Riverside Medical Center as a male orderly, a driver for the local ambulance service, Crain & Sons Funeral Home, Crawford Meat Packing, Burris Feed Mill (Cargill), his mom’s café business, and International Paper, where he was employed until his illness forced him to leave.

A drive-through viewing will be held on Thursday, June 10, from 4 p.m. until 6 p.m. in Bogalusa at Crain and Sons Funeral Home. His services will be 2 p.m. Saturday, June 12, at Sweet Rest M.B.C., with the Rev. Norwert Hills Jr. officiating. Burial will follow at Sweet Rest Cemetery in Franklinton.