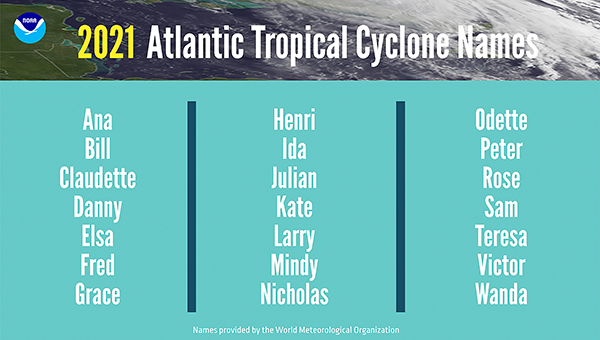 Climate experts are forecasting that the 2021 Atlantic hurricane season will likely be “above normal.”

NOAA officials said that their forecast comes with a “70-percent” confidence. The season began Tuesday and will continue through Nov. 30.

“Now is the time for communities along the coastline as well as inland to get prepared for the dangers that hurricanes can bring,” said U.S. Secretary of Commerce Gina Raimondo. The NOAA is part of the Department of Commerce. “The experts at NOAA are poised to deliver life-saving early warnings and forecasts to communities, which will also help minimize the economic impacts of storms.”

Visit the Federal Emergency Management Agency online at www.ready.gov to be prepared for the start of the hurricane season. Another good resource is the National Hurricane Center at www.hurricanes.gov, in order to stay current on watches and warnings throughout the hurricane season.