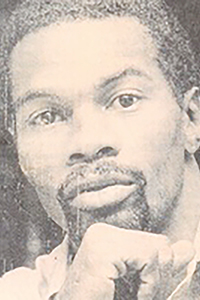 Donald Ray Varnado was born Jan. 16, 1954, in Bogalusa, to the late Elder Luke E. Varnado and Mrs. Lucille B. Varnado Weary. On the morning of May 11, 2021, he peacefully passed away in the arms of our Lord at Our Lady of the Angles Hospital in Bogalusa.

Later in life he joined Harry’s Chapel UMC, where he served as a member until his death.

Donald Ray was known as “The Vermit” in his boxing career. He traveled the world, and was known for his fast hands and moves.

He was preceded in death by his father, Elder Luke E. Varnado, and mother, Lucille B. Varnado Weary; two brothers, Luke Varnado Jr. and Antonio Varnado; and one sister, Dorothy Varnado Cox.

A drive-through viewing will be Friday, May 21, from 4 p.m. until 6 p.m. at Crain and Sons Funeral Home in Bogalusa.

The funeral service will be Saturday, May 22, at 1 p.m. at Crain and Sons Funeral Home, with the Rev. Nolan Robinson, pastor, officiating. Interment will be in the Bogalusa Cemetery.