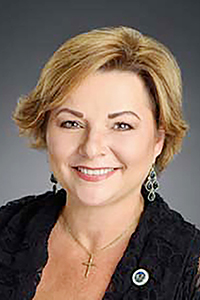 Climate change is eroding Louisiana’s coastline at an alarming rate. We now suffer once-in-a-century storms every year. Scientists tell us that atmospheric carbon dioxide is largely responsible for climate change, which is driving industry leaders and federal regulators to act. These economic headwinds are also bearing down on Louisiana.

We have to find a way to save jobs and the sportsman’s paradise at the same time. I believe mixing in cleaner-burning fuels and utilizing carbon capture technology is the answer. That’s why I introduced House Bill 572, which upgrades Louisiana’s already advanced laws, so we can preserve our environment and grow our economy.

Carbon capturing technology uses filters fitted to industrial chimneys to trap carbon emissions before they escape into our atmosphere and warm our planet. The carbon can then be used to produce other products or transported to a storage site. The process is enhanced by mixing in fuels like hydrogen, which burn cleaner and reduce the amount of carbon that needs to be stored.

Louisiana is uniquely situated to become a leader in the Carbon Capture, utilization, and storage (CCUS) industry for three main reasons. First, industrial sources of carbon are plentiful in Louisiana. There are more than 300 industrial facilities in our state. As I mentioned earlier, a large portion of Louisiana’s ample carbon footprint tracks back to these facilities. Compare that to carbon emissions in other states that come mostly from electric power generation and transportation–more expensive sources to capture.

Federal regulators are stressing policies that are carbon sensitive, and capturing helps businesses comply with those regulations. Refining and chemical facilities, in particular, stand to benefit from using this technology because of the low cost of deployment. The federal government is also offering incentives like the 45Q tax credit program that make carbon management more attractive. Demand, supply, and incentive make Louisiana a prime location for carbon capture investment.

Louisiana’s tremendous storage capacity is the second reason this industry is perfect for our state. Once captured, carbon can safely be stored underground. In fact, studies show that billions of tons of carbon can be safely stored in underground rock formations, where fossil fuels originate. Carbon can also be stored in depleted oil and gas fields, which Louisiana possesses in abundance. The use of hydrogen, which HB 572 makes easier, creates a cleaner process and is more cost-efficient.

There is considerable interest in the production of hydrogen as a low carbon energy source. This is another opportunity on the horizon for Louisiana and our workers. These hydrogen projects require storage options very similar to those currently used for hydrocarbons. After discussions with industry experts, I chose to include hydrogen in HB 572 to make sure Louisiana was ready to capitalize on emerging economic opportunities.

Third, and most importantly, we have the workforce and infrastructure. Louisiana has decades of experience in drilling, injecting, and pipeline transportation. We have established pipeline right of ways. When Louisiana’s right of ways and expertise are combined with our existing network of pipelines, we emerge as a frontrunner to serve as a regional hub for carbon storage. But we must move now because Texas shares many of these advantages.

Louisiana has made getting Primary Enforcement Authority from the EPA a priority. This enables the state to regulate carbon capture, usage, and storage projects. We are on pace to receive primacy in nearly half the time that it took Wyoming and North Dakota. Primacy moves regulatory responsibility from the EPAs regional office in Dallas to Louisiana, ensuring that our projects receive the needed resources and move more quickly. HB 572 also secures adequate funding, resources, and contracting authority for the Office of Conservation when primacy is granted.

Louisiana is at a crossroads. The winds are shifting, and we have to prepare for the future. HB 572 retrofits our current economy to take advantage of emerging opportunities.

Louisiana has an abundance of carbon-emitting plants and ample storage capacity. We have the pipeline network, expertise, and manpower. Louisiana can lead the nation in carbon management, pioneering a mutli-billion-dollar industry that creates high-paying jobs, keeps our air clean, preserves our coastal investments, and mitigates our contribution to climate change. My bill, HB 572, is a necessary step toward a clean energy economy that protects our cherished wetlands and coastline, while providing thousands of good jobs. It is the future of Louisiana.

Landry: Blessed are the ‘peace makers’