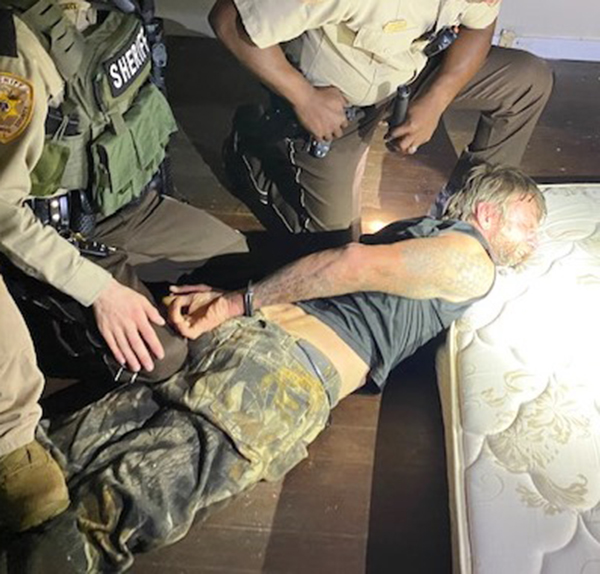 After his escape from bail bond agents who initially captured him at his residence on Louisiana Highway 436 in Washington Parish, Smith led officers on a high-speed chase until he wrecked his stolen vehicle and fled into the woods, Haley said. WPSO deputies, accompanied by a canine team from Rayburn Correctional Center, followed Smith’s trail but were unable to locate him.

Haley said that the search continued throughout the day Friday, with Walthall County deputies, Washington Parish deputies and Rayburn officers. The AR-15 Smith had stolen earlier was located in a barn in Walthall County, Haley said.

“The pursuit of Smith carried on until late in the evening when Smith was tracked to an abandoned residence on Dexter Road in Walthall County,” Haley said. “An unarmed Smith was taken into custody and transported to the Walthall County Jail, where he is being held with holds from both Washington Parish and Pearl River County.”

A WPSO deputy who was part of the pursuit team commented, “I can’t tell you how many fences we jumped as we followed Smith’s trail, but we never gave up.”

“You might run and you might hide, but eventually we will find you,” Washington Parish Sheriff Randy Seal said. “Walthall County Sheriff Kyle Breland and his officers, along with the fine officers and canines from Rayburn Correctional Center, were invaluable allies in the search for Smith. We are so grateful for their assistance. How ironic that the abandoned house where Smith was located belongs to a Mississippi law enforcement officer.” 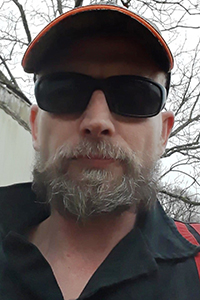