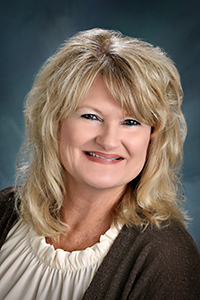 The Bogalusa School Board approved a new two-year contract for superintendent Lisa Tanner, during Thursday’s school board meeting.

The contract renewal was unanimous by a 6-0 vote. Board member Richard Killingsworth was absent from the meeting. Tanner’s first day as the Bogalusa City Schools superintendent was June 1, 2017.

“I appreciate the opportunity to continue to work for the next two years,” Tanner said. “I believe that we have the right people in the right places with the right (professional development) now. I believe you will see growth.”

Tanner said that the last year has been difficult because of the COVID-19 pandemic. She noted that she would communicate better with the board, in the next two years. Tanner said that when she started as superintendent, she had been sending weekly letters to the board members on progress being made in the schools. She said recently she had fallen out of that habit, but would return to doing it again.

During board member comments later in the meeting, Toni Breaux expressed her congratulations to Tanner.

“I would like to offer you, in public, my sincere congratulations,” Breaux said. “And I hope that you can work toward bringing this system up to where it needs to be. If there is anything that I can do, I’ll be glad to do it.”

“I appreciate that,” Tanner replied.

In other business, the board: