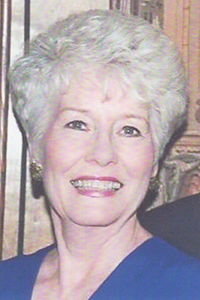 Doris Blackburn Fornea, 95, departed this life peacefully on Thursday, Jan. 7, 2021, at her home in LaPlace.

She met William Bishop Fornea, her husband-to-be, at Laurinburg-Maxton Air Force Base in North Carolina, where he was a glider pilot instructor and she was a riveter and worked on construction of gliders.

They were married Feb. 12, 1946, and moved to Angie, where she readily adjusted to her life in the deep South, although she said the “million dollar” smell of the Bogalusa paper mill took some getting used to.

She began her nursing career at Desport Clinic and retired from Washington-St. Tammany Charity Hospital.

She was a lifelong member of Angie Baptist Church and leaves many friends there who were as close as family.

Her talents and creativity were always evident. Painting, sewing, woodworking and cooking were just a few of her pastimes.

She was preceded in death by her husband, William Bishop Fornea; her son, Deryl Fornea; her sister, Vonda B. Williams; her brother, John Ross Blackburn; her parents; and her grandson-in-law, Jon Everett Dupré.

As of this time there is no memorial service planned.

We ask that her family and friends celebrate all that she was to them by recalling special, shared memories of her.