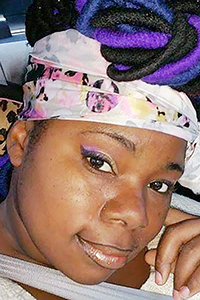 Shawanda joined Superior Baptist Church at an early age. She was educated in the Bogalusa City School System.

She was a very loving and caring young lady; she loved her children, family and friends immensely.

Shawanda was employed at Maximus but she was also an entrepreneur. Explosive Colors was her business and she loved making people beautiful.

Her memories will forever live in our hearts.

She was preceded in death by her maternal grandparents, William Jackson and Shelia Diane Williams and Donald Ray Adams.

Funeral services will be held Sunday, Dec. 20, at 2 p.m. at Cook-Richmond Funeral Home in Bogalusa. Visitation will begin at 11 a.m. until the time of the service. The Rev. Stanley Nathaniel will be officiating. Interment will be in the Bogalusa Cemetery.