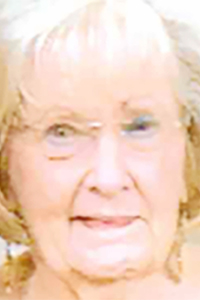 Betty Branch White, 89, of Bogalusa, passed away at her home Nov. 9, 2020. She was a loving mother and grandmother who will be missed by family and friends.

Betty was born in Bogalusa on Dec. 17, 1930, to Eugenia and Otis Branch. She graduated from Bogalusa High School in 1948. Betty was a proud alumnus of Bogalusa High School and kept in touch with many of her classmates over the years. She was especially close to her lifelong friend and classmate Mrs. Merle Hinote and her cousin Joseph Giglio. Betty married Julious Jewell White Jr. in 1948, with whom she had two sons, Julious Jewell White III and Roger Eugene White.

Betty’s other love was football, and both of her sons were Bogalusa Lumberjacks. She also enjoyed watching LSU and the Saints. Family and friends would often find her listening to the game on the radio while she watched the game on television. She always kept herself current in the world of sports just as she did in the world of fashion. Betty absolutely loved animals and took in many pets over the years. She felt it was important that her sons and grandchildren loved animals as well.

In lieu of flowers, donations can be made to First Baptist Church Bogalusa or to the Humane Society.