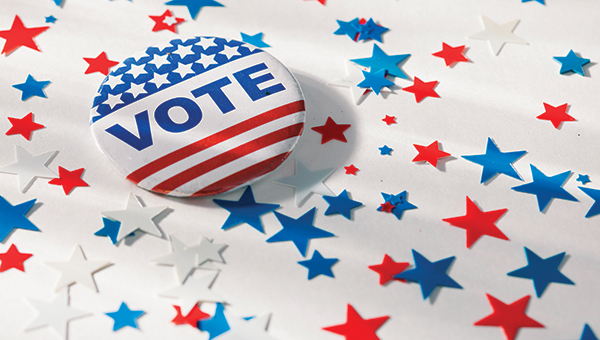 Voters in Washington Parish will be able to let their voices be heard later this week, as the state of Louisiana officially opens early voting Friday.

Early voting for the Nov. 3 election is scheduled for Friday, Oct. 16, through Tuesday, Oct. 27 (excluding Sundays), from 8 a.m. to 7 p.m. Early voting locations in Washington Parish are the Northshore Technical Community College’s campus on Sullivan Drive in Bogalusa, and the Washington Parish Courthouse in Franklinton.

Citizens can check their registration at www.GeauxVote.com.

The Nov. 3 ballot is a full one. In addition the race for U.S. president, there will be contests in a variety of other state and local races.

Not all citizens will be eligible to vote in all races listed. Some races will only show up on a voter’s ballot, based on residency.

The races on Washington Parish ballots this year include:

All voters will give their opinions on six constitutional amendments, and a proposition to authorize sports wagering in Washington Parish. Some parish voters will also vote on a bond proposition for Fire Protection District No. 8.