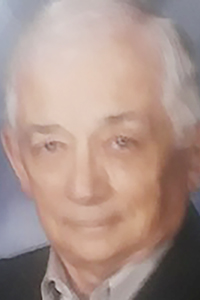 Ralph Melvin Pierce, 82, a resident of Angie, passed away on Monday, Sept. 28, 2020, at his residence. He was born in Washington Parish to Melvin Lucious and Lillian Singley Pierce on Oct. 30, 1937.

Ralph worked 44 years at the Bogalusa Paper Mill and retired in 2000 as Maintenance Supervisor of Heavy Equipment. Ralph, along with his wife Marion and sister and brother-in-law, Mary Lee and Shelby McKenzie, was owner of Zesto Drive In for 56 years. He also was partner in P&B Equipment Service with Glenn Boone for several years.

Ralph was an avid NASCAR fan and attended several races over the years. In his early years, Ralph and Billy Wayne Rester raced their famous 6 PAC car on oval dirt tracks. He also drove his 60 Chevy in drag racing competitions. His prize possession was his 1967 El Camino, which he showed at classic car shows and won several awards.

Ralph regularly attended Pine Grove Missionary Baptist Church, where he was a member.

Ralph especially loved taking his family on summer vacations and teaching all of his grandchildren to water ski.

The visitation was Thursday, Oct. 1, beginning at 4:30 p.m. until 8 p.m., and continued on Friday, Oct. 2, from 9 a.m. until the funeral service at 11 a.m. in the chapel of Poole-Ritchie Funeral Home. The Rev. Donnie Broom officiated the service and interment followed at Rester Cemetery.

In lieu of flowers, donations in his memory can be made to Idiopathic Pulmonary Fibrosis Foundation to continue research for a pulmonary fibrosis cure, 21301 S. Tamiami Trail Suite 320 PMB 226, Estero, FL 33928.