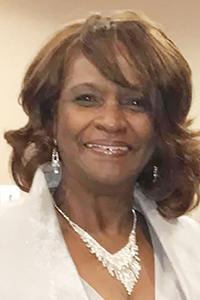 Missionary Anita Faye Magee Brumfield was born March 1, 1952, to the late Mr. Ollie and Antronette Magee. She was the fifth child of 14.

Missionary Anita passed away on Friday, Sept. 11, 2020, at her residence in Franklinton.

A drive-through viewing will be Friday, Sept. 18, from 2 p.m. until 6 p.m. at Crain and Sons Funeral Home in Franklinton.

The funeral service will be Saturday, Sept. 19, at 11 a.m. at Magee’s Temple Church of God in Christ with Supt. Cecealine Tate, pastor, officiating.

Crain and Sons Funeral Home in Franklinton is in charge of arrangements. Sign the guestbook online at www.crainandsons.com.