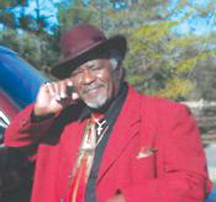 He was preceded in death by his father, Willie Hart; his mother, Maree Hart; his wife, Irene Hart; one brother, Moses “Harvel” Hart; and a sister, Lenora Ellis.

Visitation will be held Friday, Nov. 1 at Crain and Sons Funeral Home of Franklinton from 2-7 p.m.

The funeral service will be conducted on Saturday at 10 a.m. at New Jerusalem Baptist Church with the Rev. Terrence August, eulogist, and the Rev. Johnnie Causey, host church. Interment will follow in Martin Cemetery in Franklinton.