Ben’s Ford Baptist Church began its ministry in an old schoolhouse near the church’s present location on Oct. 3, 1908. The nine founding members and the first pastor, Bro. Willie E. McGehee, named the new house of worship in keeping with the area where it stood, Ben’s Ford. The property had at one time been owned by Ben Richardson, who used the ford across the Bogue Lusa Creek as a cattle crossing.

By 1912 the church moved to its present location, when Mary Emily Mathilda Byrd sold the land to the Washington Parish School Board. A school was built for the community. However, Mrs. Byrd, who was the mother of two of the church’s charter members, had also requested that the acre that she sold be used for church purposes if needed.

Within 15 years the land available to the church doubled when a church member, Laura Jenkins Riley, sold an adjoining acre to the church for $30. And in 1930 the church was converted to electric lighting. Finances were tight at this time, however, due to the nationwide depression, but 12 of the church’s members agreed to take turns paying the electric bill, demonstrating a giving spirit that continues to characterize Ben’s Ford Baptist Church nearly 75 years later.

By the time World War II began, the church had begun to outgrow its space, with Sunday school being held on the front and back porches. A year after the war ended, in 1946, the Ben’s Ford School was closed and the building donated to the church, providing space for more Sunday school classes.

The next building project was begun in March 1966, when the church voted to build a parsonage for pastor Milton Fleming and his family. The family moved into its new home in Oct. of 1968.

Improvements continued to be made through the years — extension, modernizations, a baptistry, central air conditioning, etc.

But when Bro. Jerry Lynn Martin became pastor in 1978, the congregation of Ben’s Ford Baptist Church soon outgrew its building. It quickly became evident that even with extensive renovations that enlarged the church building, doubling its seating capacity, and adding six Sunday school rooms, the church would have to hold two morning services to facilitate the blessing of an overflow crowd of worshippers. This largely continued until the present sanctuary, started in 1984, was completed in 1990. The sancutary now seats approximately 600 people.

Although there was much more space available after the new sanctuary was built, with the old one being used exclusively for Sunday school and fellowships, it wasn’t long before the church again had to double its morning services and begin a new building project.

In 1998, the foundation of a new educational building was poured, and the 20,000 square foot building opened its doors for Sunday school and fellowships in 2001. Ben’s Ford continued to be blessed with more and more members and workers and opportunities.

In 2008, Ben’s Ford Baptist Church celebrated its centennial with the dedication of another new 20,000 square foot educational building. The newest building houses a large fellowship hall that can facilitate the seating of more of the church at one time. Adjacent to the fellowship hall is a large kitchen equipped with numerous modern amenities.

The second floor of the new building has several large classrooms that are used for Sunday school and also for the classes of Deep South Bible College, which began in 2010. The college offers Bible courses through daytime and night-time classes and online courses. It offers a two-year associate’s degree at the college level.

Bro. Lynn and his wife Connie, still serving faithfully as pastor after 35 years, have also welcomed their son, Bro. Caleb Martin, and wife, Toni, as co-pastor of Ben’s Ford Baptist Church. God allowed them to join the church staff in 2010.

While Ben’s Ford members find it evident that God has given this church the increase in property, facilities and members, what does not always make the church minutes are the other even more important ways that God has blessed the church over the past 105 years.

God has remained faithful to Ben’s Ford Baptist Church. He has called a number of men and families into fulltime gospel ministry from the church. Over the years the church has witnessed the salvation of thousands of souls. Additionally, the church celebrates 105 years with manifold memories of answered prayers and undeserved blessings, through which God has worked miraculously to heal physical diseases, mend broken hearts, lift up the downcast, put back together broken families, salvage destroyed marriages and increase the witness of this church in both power and presence.

Thirty years ago this year, Ben’s Ford Christian School, a ministry of Ben’s Ford Baptist Church, was founded, by a vote of the congregation in 1982. Classes for the first 47 students were held in the old school building and a Sunday school basement, housing grades from K-5 to 11th grade.

The student body has continued to grow under the current BFCS administration to more than 495 students. Additionally, the faculty and staff of BFCS have grown from seven minimally-compensated servants to 50 faithful workers. The ministry of the school has grown in ways that the human heart and mind can hardly fathom and has been a resounding testimony of the mercies, grace and faithfulness of God.

Ben’s Ford Christian School has received full accreditation for its instructional program, its certified faculty and its educational facilities and grounds from the Mississippi Association of Independent Schools and is registered as an approved non-public school by the Louisiana Department of Education. Graduates of BFCS are eligible for all scholarships and stipends offered by the state, including TOPS, federal Pell grants and federal financial aid.

Services to celebrate the 105th anniversary will be held next Sunday, Oct. 6, with services beginning at 9:30 a.m., followed by dinner on the grounds. There will be singing, preaching and fellowship with family and friends. No evening services will be held.

Bro. Lynn Martin and Bro. Caleb Martin, pastors, invite everyone to join in the celebration. 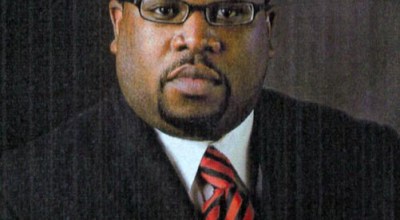