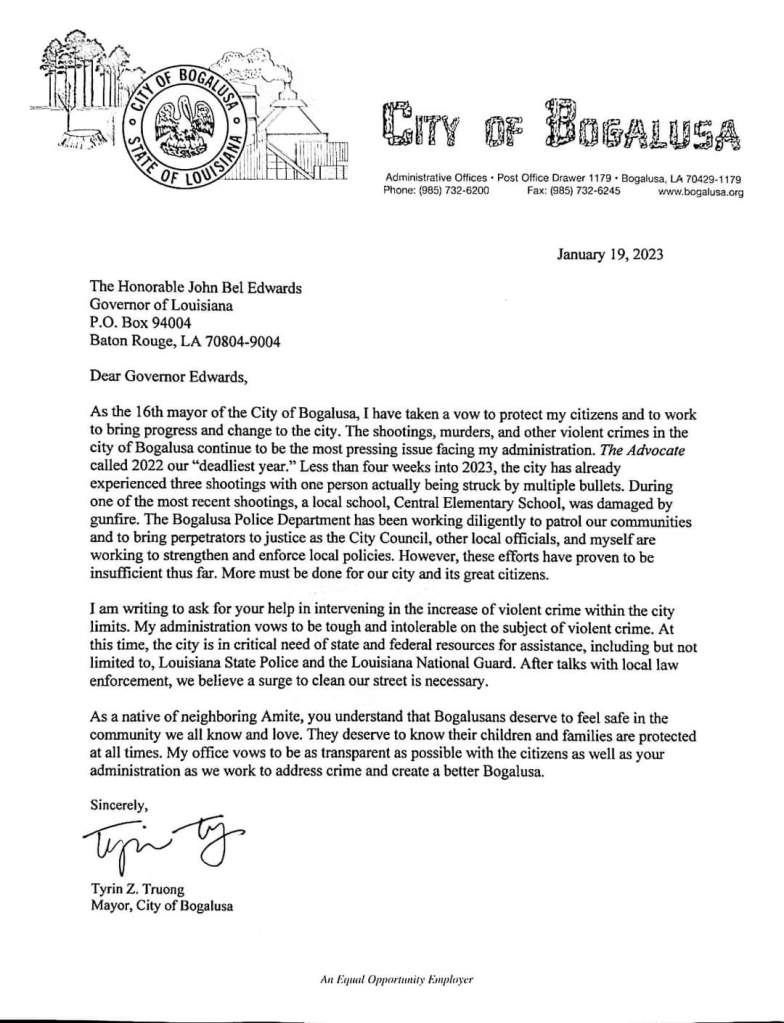 The letter asks for the Bel’s help in intervening in the increase of violent crime within the city limits.

Truong said the city is in critical need of state and federal resources for assistance, including, but not limited to, Louisiana State Police and the Louisiana National Guard.

A full copy of the letter can be seen in the photo.